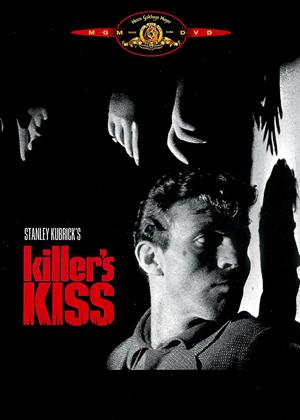 This very early Stanley Kubrick film is both a foretaste of things to come, and a very modest B-movie with the faults you'd expect from a good but inexperienced director working on a tiny budget. Like almost all his films, instead of having a conventional hero it centres around very flawed people who, even if they eventually do the right thing, need an awful lot of persuading, often by way of cruelly random twists of fate. The main characters aren't particularly nice people, but they're a lot nicer than the B-list crime-boss they work for, who of course forgets that even if you have the money and the hired muscle to treat your unfortunate employees like slaves, you can only push them so far before they turn on you, and that can get very nasty if the people you pushed too far happen to be trained to fight. Which is pretty much the entire plot of "Spartacus", and a major theme in quite a few of Kubrick's other films.

However, "Spartacus Begins" this ain't. The male and female leads were so unfamiliar to me that I looked them up, and both of them only appeared in one other cinematic feature and a few TV episodes, this being their moment of glory. Jamie Smith was presumably cast for his physique rather than his acting skills, and he's adequate at best. Irene Kane likewise looks the part, but she can't really do powerful emotions and mostly seems a bit stunned. Which is a pity, because as two people who, in different but not so very different ways, are treated like meat by their slimy boss before being driven to desperate defiance, they've got a lot of acting to do.

Even if the acting isn't great, the characters are less clichéd than you might expect, both of them being realistically afraid to risk their lives even for people they care about a lot. And the boxing match reveals a true master at work. If you pay close attention, you'll see that by showing us the fight from the chaotic perspective of the dazed and battered boxer who ends up losing, Kubrick's getting around the fact that his budget doesn't run to all the stunt-work and retakes a proper full-on boxing-match would require, and there are almost no shots in which we clearly see one actor swinging a potentially dangerous punch at the other. But we still feel that we're watching a real, punishingly brutal, totally unglamorous fight.

Compared with this sequence, the equally famous showdown is a bit of an anticlimax, and gives a prophetic foretaste of the flaws in some of Kubrick's later films. We've seen dance-hall girls who are only one small step up from prostitutes going about their business. Setting the showdown between hero and villain in a mannequin factory where, by sheer chance, they fight surrounded by passively sexualised "women" who are literally mindless objects, and even tear off parts of their bodies to use as weapons, is an early example of Kubrick grabbing hold of a good bit of symbolism and being unable to let go. Sometimes his visual excesses worked superbly, and sometimes they were just excessive, as they are in this fight, which goes on too long and overuses its simple gimmick to the point where it gets a bit silly. It's in no way a major film, but it's an important minor one that shows a master learning the tools of his trade.