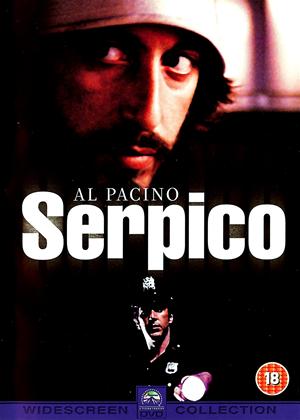 Based on the real life story of Frank Serpico who exposed corruption in the New York police department, Al Pacino plays the central character with an outstanding performance. It's a long film and Pacino is rarely off screen and plays the part with commitment, as if he had immersed himself in the character. It's fairly slow moving, so if you're looking for a shoot-em-up cop movie then you'll have to look elsewhere. But if you want to see an intense performance and a film very much of its time, then watch this. The clothes, hairstyles, attitudes, smoking, parties etc are very much of the 1960s / early 1970s and perhaps we have since become inured to tales of police corruption, but at the time it was quite an unusual subject. While rooted very much in that period it still rings true today. Recommended – 4/5 stars.

More a period/political drama than a thriller. This is Al Pacino in a light I have never seen before. An versatile and deeply disturbed performance which is utterly captivating. He looks very youthful of course and quite different. He has since been type-cast but in this early role he is outstanding. As a real life drama it also has a politically historical importance.

Very dated - Serpico review by BE

Far too long with repetitive scenarios. I'm an ardent Pacino fan and glad to say he has now materialised into a more versatile and accomplished actor rather than the actor displayed in this movie. Lost interest and abandoned three quarters of the way through.