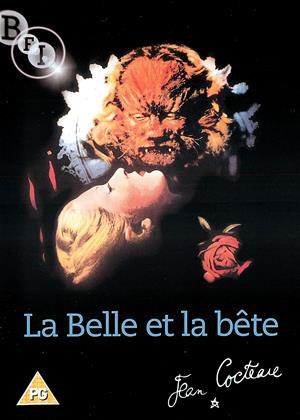 A fairy tale in every sense,it is stunningly beautiful and has a dreamlike quality about it,the ultimate love story

Some could be surprised to discover that it was not released as a children's film,but was so beautifully made that it immediately captivated children's imagination and consequently earned its children's film status.

Jean Cocteau's "Beauty and the Beast" (1946) arrives on UK Blu-ray courtesy of the British Film Institute. The features on this release include original trailers; delete scenes and alternate audio including two documentaries; and much much more,French, with optional English subtitles for the main feature. Region-B "locked".The release is sourced from a 4K restoration and looks just great,if you have seen it,watch it again,I am sure you will enjoy it just as much if not more than the first time