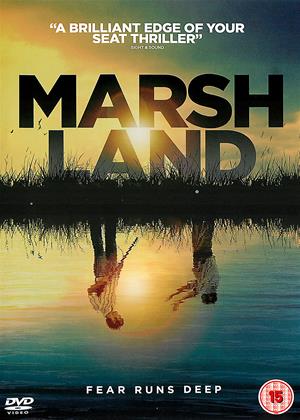 Synopsis:
Spain's deep-south, 1980. In a small village frozen in time - close to the labyrinth of the marshlands and rice paddies - a serial killer has taken residence and caused the disappearance of several adolescents that no one seems to have missed. But, when two young sisters disappear during the annual festivities, their mother forces an investigation that brings two homicide detectives from Madrid to try and solve the mystery. Juan and Pedro both have extensive experience in homicides yet are very different in methods and style. They will soon face obstacles for which they were not prepared and become ensnared in a web of intrigue fed by the apathy and introverted nature of the locals.
Nothing is what it seems in this isolated and opaque region and the investigation encounters unexpected difficulties. Both men realise they must put aside their professional differences if they are to stop the person responsible for the disappearance of the sisters before more young
Actors:
Javier Gutiérrez, Raúl Arévalo, María Varod, Perico Cervantes, Jesús Ortiz, Jesús Carroza, Salva Reina, Antonio de la Torre, Nerea Barros, Ana Tomeno, Paula Palacios, Claudia Ubreva, Lucía Arias, Chelo Castro, Jesús Castro, Lola Páez, Paco Inestrosa, Ángela Vega, Julián Candón, Jorge Amat
Directors:
Alberto Rodríguez
Producers:
Mercedes Cantero, Juan Carlos Caro, José Antonio Félez, Mercedes Gamero, Mikel Lejarza, Rosa Pérez, José Sánchez-Montes, José Torrescusa
Writers:
Rafael Cobos, Alberto Rodríguez
Aka:
La Isla Mínima
Studio:
Altitude Film Distribution
Genres:
Thrillers
Countries:
Spain

An interesting Spanish thriller which has clearly been influenced by Nordic TV drama. Lots of landscape and moods - and very unSpanish in its feel in many ways.

Basically, it's the old plot: the hunt for a serial killer. This is complicated by various issues - not least of which is the uneasy relationshio between one Spanish police officer and his new partner who may or may not have been a member of Franco's gestapo.

Visually interesting, with a side to an unknown corner of Spain explored on screen, this is a good thriller but perhaps more interesting in its depiction of Spain and its analysis of Spain's troubled civil war history.

"CA" is obviously referring to a different movie! the landscape is mond boggling, really the star. Excellent buddy cop performances too and a haunting, ambivalent ending. superb.

I'm afraid I didn't enjoy this relentlessly downbeat movie as much as some people did. Spain is a large country stretching from France almost to Africa, so it has pretty much every kind of scenery you can think of. But I've never seen this part of Spain in a film before, probably because it's the part least worth pointing a camera at. Mudflats as far as the eye can see, with only the occasional ramshackle house to relieve the monotony. The sodden tedium of their environment seems to have affected the minds of the locals, causing most of them to sink into a dull apathetic stupor. In most movies set in isolated communities with a guilty secret, such as "The Wicker Man" or "Bad Day At Black Rock", there's an extremely compelling reason why nobody will talk to outsiders. But this lot simply couldn't be bothered telling the police that their daughters kept vanishing until two girls disappeared at once!

Another odd thing about the film is that much of the plot almost seems to happen backwards. "The Silence Of The Lambs" involved a serial killer whose identity and bizarre motive we knew long before the FBI did, and a kidnapped woman whose impending fate we were constantly reminded of. In this movie, the killer appears so late in the film that he's a complete nonentity whose only character trait (apart from the obvious) is that he wears a hat, and the race against time to save an abducted girl is introduced so late on, and so perfunctorily, that I actually forgot about her and wondered why the heroes were too stupid to wait for back-up. Strangest of all is the sub-plot about the older of the two detectives maybe having done things for the recently abolished fascist dictatorship that his idealistic young colleague doesn't approve of at all. This literally happens backwards! Instead of causing tension between them at the start which has to be resolved if they're going to work together, this is another thing that's only mentioned very late in the movie, so the tension suddenly appears and then increases as the end approaches, by which time it doesn't matter.

The two leads are quite good, but their characters are the stereotypes we've seen in practically every other film about two detectives in a mismatched partnership. Almost everybody else is a cardboard cutout, and most of them care so little about anything that I didn't care about them either. And in a medium as visual as film, it helps if the environment in which the entire movie takes place isn't boring to look at. In this era of relentlessly identical production-line blockbusters, you can't fault a film for trying to be different, but I'd have preferred this one to look less drab and feel less wearily fatalistic. I'd give it two and a half stars if that was possible because that's how much I liked it, but I'll go up to three because I'd feel mean giving it only two when it tried so hard.

This film had far too much of fisticuffs and explosions for me, although the style of ragged clothes mixed with futuristic engineering is a great look.

0 out of 7 members found this review helpful.
Show more