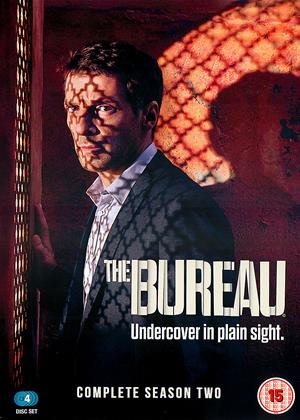 Reviews of The Bureau: Series 2

The Bureau: Series 2 continues to follow Malotru’s (played by Mathieu Kassovitz) rise to Deputy Director of the DSGE four months after the events in series 1 have wrapped. Now, his mission is to take down a French extremist who has recently joined the ranks of Isis and acts as a top executioner in this para-militant organization. Plus, Nadia (played by Zineb Triski) is now a prisoner in Syria and her life gets worse with each upcoming day. As the political currents in Syria continue to deteriorate at a steady pacing, Malotru has no other choice but to make a deal with CIA in order to free Nadia.

On the other side of the spectrum, Marina (portrayed by Sara Giraudeau) start with her covert mission in Iran, where she must get closer to a young and wealthy Iranian to recruit a certain asset. Soon, Malotru and Marina’s missions will intertwine and will put them in dangers from which there would be seemingly a no easy way out.

Further, The Bureau: Series 1 made the most out of introducing the audience with the world of none other than agent Malotru, and the second installment follows up this pattern nicely. Series 2 continues where the first one left off, delving deep into ransoms, kidnappings, covert ops, and all the stuff that belongs to the not-so-distant world of international terrorism acts.

Additionally, now Malotru has more authority and respect among his comrades, which was he fought so hard to earn and was one of the more glaring themes in the first series. Despite his promotion however, Malotru is as determined and ambitious as he was last year, mostly owed to his strong demeanor and ironclad character that builds even more momentum in Series 2. And whilst this may sound to some as a re-thread of the previous series, The Bureau: Series 2 is anything but that.

Finally, the series is not just pulling out character traits and randomly assigning these traits to produce Bond-like spies; it’s rather a very honest take of how real people would act in the circumstances when they’re pressed back to a wall. Malotru has a real personality (also having something to do with Mathieu Kassovitz’s splendid acting) who wants to see his mission succeed – but not at a cost that would jeopardize his closest friends, colleagues, and family.

To conclude, The Bureau: Series 2 is engaging, poignant, thought-provoking and everything that a contemporary espionage series should be, and more. And not only that, but the writing does not feel like fiction in the least, which is a staple on how dedicated the people who made the series are. Hollywood, feel free to take notes.