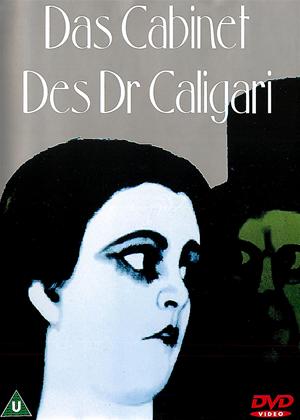 Rent other films like The Cabinet of Dr. Caligari

Reviews (1) of The Cabinet of Dr. Caligari

Murder In Toytown - The Cabinet of Dr. Caligari review by Count Otto Black

This is one of the classics of silent cinema. It's enormously imaginative, it looks like nothing made before and very little made since, and its influence was incredibly long-lasting; "Eraserhead" in particular owes a huge debt to it. Nobody denies that it's a cinematic milestone. But is it a truly great movie?

The answer has to be "not quite". The scenery, along with many of the props and costumes, is outrageously weird throughout, and for once the ludicrous overacting doesn't matter because nothing is even halfway realistic to begin with. The trouble is, once you get over how Surreal the whole movie looks, there's hardly any plot. The obviously bonkers Dr. Caligari arrives in town to exhibit a catatonic mental patient as a fairground freak who can allegedly foresee the future. Murders immediately start happening, one of which is predicted hours in advance to a horrified crowd by Cesare the Somnambulist. Gee, I wonder if Caligari and his pet loony (who looks uncannily like Marc Almond from Soft Cell - remember him?) might possibly have something to do with the mysterious deaths...?

Fortunately the police are as thick as two very thick things nailed together, otherwise this film would be about a tenth as long as it is, so it's down to the hero to solve the mystery by running around overacting while stuff just sort of happens, and the villains give themselves away in even more absurdly obvious ways than they already have, or conveniently self-destruct without anyone having to do anything. And then, thanks to a framing story that wasn't in the shooting script but the production company insisted on adding it at the last minute because they thought the film was just too damn weird, it turns out that none of this bizarreness really happened after all.

It's impossible to dislike a movie in which everyone lives in houses obviously designed by architects who let small children draw the blueprints with crayons for a joke, but in the end it partly falls into the trap of being weird for the sake of being weird, and not quite enough actually happens. By the way, when renting movies this ancient, you may get a pristine digital restoration, or you may get something so cheap and shoddy it's unwatchable; it just depends which copy was on the shelf. The version of this movie I got was somewhere in the middle: allegedly "restored" in an unspecified way by a very obscure company, but judging by the number of serious and sometimes annoying flaws the "restoration" failed to fix, my guess is they just wiped it with a damp cloth. Maybe you'll be luckier.