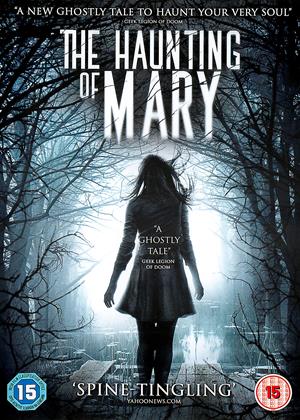 Synopsis:
Mary (Kaylee Bryant) was a typical vivacious 15-year-old girl enjoying a family trip to a lake house when she vanished from sight. The 15-year-old girl that returned has no memory of the horrific traumatic events that caused her soul to be unceremoniously ripped from her body. What is clear is that she has brought something unexplained back with her and she is no longer their sweet daughter. 'The Haunting of Mary' is an intense supernatural thriller about a family drastically trying to unravel a mystery and rescue their daughter's soul before she is possessed forever.
Actors:
José Zúñiga, Kaylee Bryant, Catherine Black, Anne Bex, Nick Mancuso, Emma Gruttadauria, Sam Myerson, Diana Porter, Jerry W. Goodwin, Molly Devon, Mark S. Cartier, Karin Crighton, Kati Salowsky, Kevin O. Peterson, Michael C. Turtle, Jay Dunigan, Bradley J. Van Dussen, Christopher Cantu, Al Cialella, Isabel McGinty
Directors:
Jennifer B. White
Producers:
Stewart Huey
Writers:
Jennifer B. White
Aka:
Mary Loss of Soul
Studio:
High Fliers Video Distribution
Genres:
Horror, Thrillers

Reviews (1) of The Haunting of Mary

A little dull - The Haunting of Mary review by NP

Mary Kaylee Bryant goes missing at her family’s lake house. When she returns, the 15 year old has been relieved of much of her soul. To mark the difference between the depressed Mary and the earlier, perkier model, we are treated, in flashback, to moments of family life that are so coated in sugar, things threaten to become hyperglycaemic.

Mum has the lion’s share of exposition and turns into a wise-crackin’ ass kicker at the end, dad keeps telling the police they either ‘need to send some people round’, and when they arrive, that they ‘need to leave.’

A horror for youngsters or possibly teenage girls is no bad thing. I certainly wouldn’t be arrogant enough to decry this film for not catering for a beleaguered old horror git like myself. Roles are played broadly, which was probably deemed necessary to convey large amounts of often heavy-handed dialogue. If this was intended for youngsters, then I honestly think they would find the vast amount of the running time rather dull. My score is 5 out of 10.