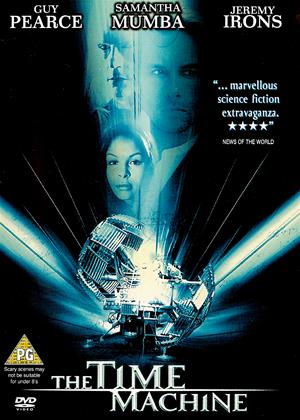 Sign up
How to Lose Friends and Alienate People

Reviews (1) of The Time Machine

Back in 1960, George Pal adapted H. G. Wells' novel pretty much faithfully, apart from giving the story a more optimistic ending than the one in the book. 42 years later, Simon Wells (presumably no relation to H. G.) did it again, and got almost everything wrong. For starters, both the original novel and the first movie adaptation got straight down to business by introducing us to a clever man who had built a time machine just because he could, and, after a brief explanation to his incredulous friends, hopped into it to see what the future was like. This version wastes a quarter of its not particularly long running time on a tragic subplot that serves no real purpose - why does a genius capable of building a time machine by himself in his spare time need any reason to do it other than curiosity?

It then goes on to give us a very silly vision of the near future (I know this film was made 14 years ago, but cities on the Moon by 2030...?), replaces the nuclear war of the 1960 version with a catastrophe which makes the classic "Space 1999" error of presenting sci-fi fans with a plot-point so scientifically implausible that it's just plain insulting, and when it finally takes us to the the year 807,000 where the action we've paid to see will occur, the Eloi are a somewhat underwhelming bunch of vaguely noble savages much given to that Enya-style pseudo-ethnic background music which implies that, despite otherwise being very primitive, they've invented the invisible symphony orchestra.

The casting is almost uniformly dreadful. Guy Pearce is appalling in the early scenes where he's meant to be both a Victorian gentleman and an absent-minded genius, and barely adequate the rest of the time. Samantha Mumba (remember her?) is about as good as pop stars who want to be actors usually are. One of her relatives is lousy as the inevitable plucky kid who can't act. And nobody else gets enough characterisation to matter, except Jeremy Irons, whose career hit a very bad patch in the nineties, resulting in supporting rôles in nonsense like this and "Dungeons & Dragons". Professional that he is, he's actually pretty good under all that telepathic albino mutant cannibal makeup, but you'll have to sit through three-quarters of the film to get to his fairly brief performance.

Overall, the whole thing seems pointless, with minimal violence and horror to get that precious 12 certificate, weightless CGI monsters, and a general feeling of "why should we care about any of these cardboard people or anything that happens to them?" If you don't mind the sometimes not-so-special effects, you'll probably have a lot more fun watching the 1960 version.