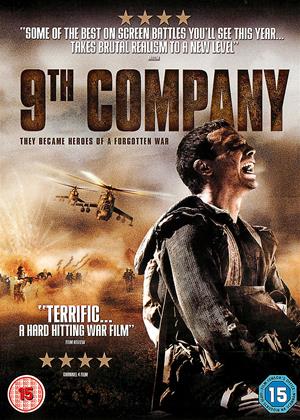 Interesting to see the Russian take on Afganistan-comparisons with the US in Vietnam are especially poignant.The concluding scene and denouement were worth the cost of the film by themselves

This 2005 was the most successful post-communist film in Russia up to then, and you can see why. It shows ordinary Russians, from Siberia etc, leaving ordinary lives to go to an unwinnable war in Afghanistan (1979-1989). Of course many get injured or killed and more get mentally scarred by that hellish civil war.

Bad things about this film: I dislike the speeded up or slowed down scenes common in Russian and also east Asian films and we have that here; overdone overacting very OTT really; a bit overlong and portentous; sadly no English subtitles for the credits.

Good things about it: the superb and honestly violent and realistically gruesome action/war footage, real edge of seat stuff, some of the best I have ever seen (also in the 2005 film WAR about Chechnya war). The wonderfully pc-free Russian script and scenes - no woke here, than goodness, and no constant preaching about pc issues re race and gender as in most Hollywood moves and British TV drama - it is really very refreshing. The trainer;s speech on what Muslims are like and how they see the world differently would never be allowed in pc woke UK or US films.

A Russian audience will identify more with the first half when the new recruits leave USSR to the training camp. For me, the second half is where the film comes alive - it is very tense stuff. Reminded me of Zulu in a way - a classic 1964 film where a small band of brothers fight against the odds against a massive attacking force. The difference s, this battle is pointless and the Soviet Red Army is already leaving Afghanistan as it takes place in early 1989. The Zulu war was won by the British and the Zulu empire collapsed soon after.

The extra DVD has 2 half hour films on, very interesting and timely, lots of ex-army Russians glad that the film will make young Russians more patriotic. That stands out in the present Ukraine war context...unfortunately. Making of film too which was fascinating. But why could it not all fit on one DVD?

The sound is superb - it was done at Pinewood, UK.