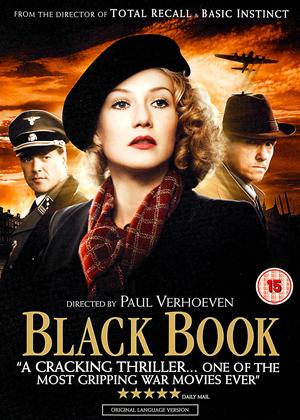 An interesting new twist on the WW2 drama, viewed from the perspective of the Dutch. The lead character is a Dutch Jew who narrowly escapes being murdered after a fellow Dutchman turns her family over to the Nazis. She gets involved with the Resistance and some risky missions, including becoming the mistress of a high ranking Nazi officer. As the Netherlands is liberated things get very dangerous and the betrayal and assumptions made by the Dutch, the Nazis and the British become clear. The film is unusual in that it slips into several languages, although most is in Dutch with English subtitles. I was surprised at the choice of Paul Verhoeven as director, given his usual material. There are some scenes of rather gratuitious nudity, although it is quite amusing seeing a porky Nazi officer prancing around with his todger out! A WW2 drama which is a bit different from the norm.

An interesting film about the last months of WW2 seen from the Netherlands, but it could have been any occupied country in Europe, where some people decided to work with the enemy whereas others supported the resistance - and a few were on both sides. This is therefore a taut drama with different twists and surprises and not anyone is a "white" hero or a dark villain.

This is about real spying, not your zip wire stuff but more exciting. Ordinary people doing desperate things to help end the war. How far would you go to protect your family or revenge their memory? It is also about the Dutch resistance and the plot is so thick you can't pour a glass of Advocat without getting lost.

Based on a true story? Well it is one heck of a story. War time resistance fighters in Holland continue to harass the Nazis during the last months of the war, but have a double agent amongst them; maybe. A Jewish girl joins the fighters and agrees to infiltrate Nazi HQ. Unexpected romance blossoms along the way amidst a plot containing corruption and betrayal on all sides.

The movie is a thriller and a slice of the underbelly of war. Action scenes are well done and realistic. Great entertainment but a reminder/education as to what some brave people got up to during wartime occupation.

I wonder if characters or incidents have been conflated to make such an action-packed war drama if this is to be a real-life episode. It shows the treachery of people of several nations. Would the victorious occupying Allied forces have allowed the Germans arms to enact a firing squad? Seems doubtful. Well, lots of action, but some sequences seemed contrived.