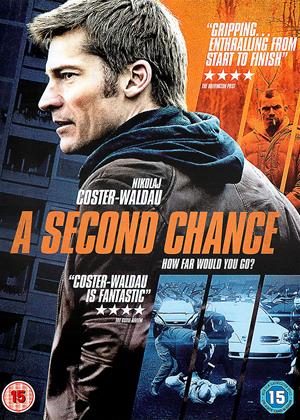 Reviews (2) of A Second Chance

Well worth a watch - A Second Chance review by BE

Another unusual storyline directed by the magnificent Susanna Bier. A traumatic scenario around the repercussions of infant death, thoughtfully acted out by an excellent cast. Camera work is excellent too. Not an uplifting movie but thoroughly recommended.

Gritty, dark, and moving drama. The two top Danish Nicholajs (Coster-Waldau as the cop and Lie-Kaas as the wonderfully repellent tattooed, violent, druggie Tristan) are both great. May Andersen as the drug-addled partner was entirely convincing but I had a problem believing cop Andreas's beautiful wife Maria Bonnevie's descent into what was probably severe PostNatal Depression, since there was very little obvious visual story lead up to it until her abuse of their baby is shown in Andreas' assumption flashbacks.

***POSSIBLE SPOILER*** What really irked me was once the deceased infant was found it was xrayed but clearly not DNA tested which I would have thought would have been normal, thus proving it wasn't the child of the detective. The assumption that all baby boys look the same is stretching it a bit. No body marks, moles, hair or eye colour differences of any kind? Pull the other one.

Also, as in so many foreign films with subtitles, especially Scandinavian ones, the spoken languages are sometimes different but you're never given a sense of it. At least it's not "speaks in a foreign language" as so many lazy film subtitles do.

After a wife's death the parents arrive and are clearly Swedish and speaking Swedish (even I recognised that from knowledge of the language plus from Swede Peter Haber as the Dad - he played Sjowall & Wahloo's eponymous Martin Beck for years from the late 90s) but you're not given that relevant info. I think some actors and characters can manage to switch to speaking/comprehending a 2nd or 3rd language but the languages are only semi-similar; my Swedish friend says she can never make out Danish and always needs the subtitles! Ouch.