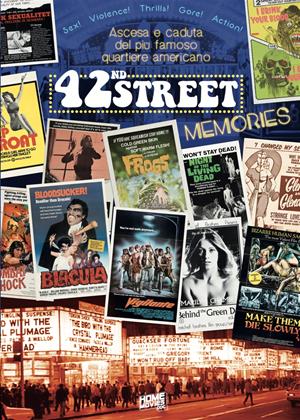 Synopsis:
It has been more than 40 years since the humans of the 12 Colonies of Kobol did battle with the Cylons - a sentient robot race who turned on their creators with deadly results. The robots have observed the armistice that ended the Cylon War, but the promised diplomatic relations between man and machine never materialized. Silent for years, humanity's deadliest enemies are now re-emerging with a vengeance - and this time they have taken on human form. Following a swift and deadly attack, the human race is once more reduced to a ragtag fleet of fighters, facing a final unwinnable battle.
Do they make one final stand against the Cylons, hoping to triumph against all odds? Or do they flee in search of another hospitable world?
Actors:
Edward James Olmos, Mary McDonnell, Katee Sackhoff, Jamie Bamber, James Callis, Tricia Helfer, Callum Rennie, Grace Park, Michael Hogan, Matthew Bennett, Paul Campbell, Aaron Douglas, Barclay Hope, Lorena Gale, Kandyse McClure, Connor Widdows, John Mann, Alessandro Juliani, Nicki Clyne, Michael Eklund
Directors:
Michael Rymer
Studio:
Universal Pictures
Genres:
TV Sci-Fi & Fantasy

Forget the rather cheesy 70's film and TV series on which it's based, the new 'Battlestar Galactica' is a dark, tough and gritty Sci-Fi series, with high production values and quality writing. The basic plot summary involves humans who created a race of robots, (the Cylons), to serve humanity. As time passed the Cylons turned on their creators and tried destroy them. Following a long and bloody struggle, the humans and the Cylons signed a peace accord and the Cylons departed into deep space to form a world of their own. 40 years have now passed, and the Cylons have evolved to include a model that is almost entirely indistinguishable from human beings, and are now planning a surprise revenge attack to wipe out humanity for good. Anyone looking for a decent Sci-Fi show with lots of action, suspense, and emotion should definitely give Battlestar Galactica a look.

Such is the widespread praise of Battlestar Galactica that I had to check out the television series for myself. Science fiction is an immediate turn off for many, yet beneath this futuristic exterior is a series about relationships, politics, suspense, drama and survival. This film sets out the initial premise and major characters before the human race embarks on its escape plan. The cast handles the material well, and I quite enjoyed the mixture of old and new technology. Battlestar has a real gritty and current feel and is far more interesting than any Star Trek series I've seen.

There perhaps wasn’t much to live up to with the 2000s reboot of Battlestar Galactica. The original series ended on such a disappointing note that it was ripe for revision, given the devoted fans who would be willing to give a new shot at a different version. Despite some controversies with the fans, this miniseries proved to be one of the strongest series for the Sci-Fi Channel for being a reworking of a familiar property.

What makes this series work so well is that there are more stakes, surprises, and a newfound intensity. The very first scene showcase just how much shock is in store for the fans when the humans of Caprica agree to meet with the violent robots of the Cylons for a peace treaty. But the Cylons do not just send their usual mechanical selves of shiny, chrome bots with their horizontal laser visors and cold nature. Instead, a woman approaches by the name of Six (Tricia Helfer). She looks human, acts human, and appeals to sexuality. But she’s a Cylon. As her race decimates a fleet, the audience who grew up watching the mechanical monsters now has to question who is the real enemy in this series.

One person who seems like a clear target for being an instigator of Caprica’s apocalypse is Dr. Gaius Baltar (James Callis), a scientist who Six takes a fancy towards. After the Cylons take over Caprica, Gaius manages to survive but is still haunted by a mental character of Six that remains to make his mind feel the guilt of being responsible for the end of Caprica with the malware software he unwittingly helped create.

As survivors of Caprica flee from the destructive and invading Cylons, Commander William Adama (Edward James Olmos) takes over as an Admiral, commanding the remaining forces and ships as they seek a new home. Aboard the Battlestar Galactica, he commands the only military vessel capable of going toe-to-toe with the Cylons, despite the limited resources present. It’s up to him to guide the Capricans away from the Cylons but that won’t be easy with sleeper agents within the fleet (and, yes, a few of them do come to light in this miniseries).

The cast assembled is just astounding. Edward James Olmos needs no introduction having been an accomplished actor for decades but he really stands out as the heart and soul of this series with his stern and gruff approach to commanding his fleet. He has such a strong presence that whenever there’s even a hint of desperation in his voice, you can tell things are about to go south real quick. Mary McDonnell plays the secretary of education who assumes the role of colony president, taking a political role during such a rocky time, made even tougher by her diagnosis of having cancer which places another ticking clock on the fleet finding a home.

There are also some newcomers who really come into their own with their roles. Jamie Bamber leaps into the seat as Apollo, the son of Adama and the top pilot of the Galactica. He has just the right level of brashness and concern to make him the hero worth rooting for, making tough calls when engaged with fighter battles in space. Katee Sackhoff was certainly the standout as the top pilot of Starbuck. Fans may recall that Starbuck was originally a male role and you better believe there was push back against this choice. However, once it was revealed that Sackhoff kicked ass in the role, few people had an issue with her inclusion.

Everything technical about the miniseries is gorgeous as well. The special effects, for a 2003 TV series, are astonishing and leagues above its competition. It’s an exciting story that doesn’t waste too much time on exposition and swiftly shifts into such palpable space opera that it’s completely understandable why Sci-Fi Channell pursued a full season. It was a strong start to what would become one of the best science fiction TV series of the 2000s.