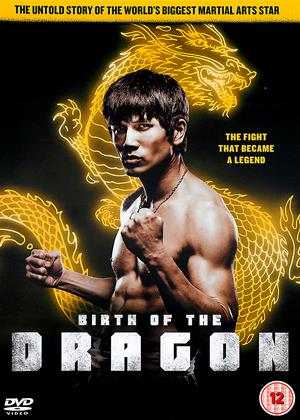 Reviews (1) of Birth of the Dragon

Painful - Birth of the Dragon review by pp

This movie was painful to watch from the offset..and literally couldn't bring myself to finish it. I've never seen anything related to Bruce Lee that i haven't enjoyed .. UNTIL NOW.

Birth of the Dragon review by Mark McPherson - Cinema Paradiso

Bruce Lee may be one of the most influential figures in martial arts for his techniques, philosophies, and starring in some of the best martial arts movies ever made. He had an interesting career of rising up from a mere teacher to a legend, making him one of the most fascinating Chinese figures known worldwide. All of this just begs the one lingering and unshakable question from the conception of Birth of the Dragon: Why is this movie about a white guy?

What Birth of the Dragon should have been was a stirring biopic on how Bruce Lee formed his character and fighting style before he would become the legend known for Enter the Dragon. It’s a unique story to tell, especially if you have Philip Ng embodying the personality and Kung Fu prowess of Lee, if not his looks. He will come face to face in this story with the legendary Wong Jack Man (Yu Xia), a fighter for the Shaolin that nearly killed his opponent in a match with another school. Trying to make up for his terrible mistake, he comes to New York City where he attracts the attention of Lee, who believes Wong is there to challenge him. It’s the arrogance that Lee will have to get over if he hopes to be as great at martial arts as he claims to be.

But nevermind all that. Let’s instead focus on the very boring and bland Steve McKee (Billy Magnussen), a student of Lee and a man mixed up in Triad dealings. He has fallen in love with a Chinese girl who happens to be the daughter of a crime boss. Will their love ever be able to blossom in the violent world of gangsters? And will McKee ever be able pay his debts and make this relationship work? And who cares?

Director George Nolfi adds almost nothing to this biopic, sometimes even taking away from the greater appeal and resorting to the most tired of tricks when it comes to this type of story, as though he were pulling these techniques from a manual printed in the 1950s. The fight scenes are nothing spectacular, always feeling distant with the material and slathering it in too many techniques of framerates and angles. It looks more like an amateur showcase for the martial arts than truly telling a story. I’ve seen plenty of smaller, less creative martial arts pictures that employ this same ineffective means of shooting combat but I expected a little more from, you know, a story about Bruce Lee. I’d also expect more than a soundtrack that boasts the old hat of oriental flutes for a story taking place mostly in New York.

Birth of the Dragon is far too pedestrian to ever be considered an enticing and educational picture on the life of Bruce Lee. While the poster boasts Philip Ng, he comes secondary for the white guy’s romance and crime troubles. I thought back to similar false advertising for the thriller The Foreigner, where Jackie Chan is touted as a big draw and most of the picture is spent with Pierce Brosnan. The difference was that Brosnan’s story felt more meaningful and interesting with Chan as action backup. Bruce Lee’s story shouldn’t be the backup to a lame one of one guy’s money and women problems. Did the filmmakers really think his tale wasn’t interesting enough that he needed this white guy framing? It this what it takes to make a Bruce Lee movie in Hollywood? If so, perhaps this subject is better left unproduced.