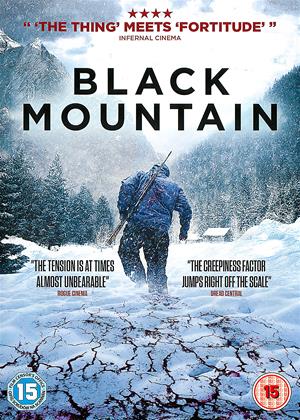 Synopsis:
At a site 100 miles from the nearest native reservation, during a Canadian winter, a group of archaeologists has made a startling discovery: The tip of a mysterious, ancient structure, which bears some archaic engravings that the crew, led by Jensen, attempt to decipher. Some mysteries are better left buried, however. As they further delve into the structure's origins, things at camp turn strange. Communications go out, local workers suddenly disappear, and the men are stricken with a terrible illness. It's not long before they begin to feel the effects of solitude and then? Then things get really bad...
Actors:
Shane Twerdun, Michael Dickson, Carl Toftfelt, Marc Anthony Williams, Andrew Moxham, Timothy Lyle, Steve Bradley, Bryce McLaughlin, Kelvin Bonneau
Directors:
Nick Szostakiwskyj
Producers:
Cameron Tremblay, Nick Szostakiwskyj
Voiced By:
Nathaniel Gordon, Cameron Tremblay
Writers:
Nick Szostakiwskyj
Aka:
Black Mountain Side
Studio:
101 Films
Genres:
Horror, Thrillers
Countries:
Canada

Quite basic and boring story - Black Mountain review by gazmb

Didn't really enjoy this , found it boring and story not quite strong enough. Quite a basic film and not really worth watching.

… or ‘Black Mountain Side’ as it is sometimes known, is a story that has much in common with John Carpenter’s ‘The Thing (1982)’, but made with a fraction of the budget. For an independent film, it boasts great cinematography, convincing acting and good sound design. The occasional effects are believable, but there are really too few of them.

Or perhaps I should say, there is too much of everything else. Even shorn of twenty minutes, this would still be a slow-burner, saved to a certain extent by the characters (all men), who are believable and share a sense of chemistry with each other. But it is just too dull, I’m sorry to say. There’s little pace, momentum or even atmosphere which is surprising given the excellent location. The views of the wonderfully crisp snowy backdrop of are fairly static and often looks like the same shot repeated.

Things happen, certain characters become affected – there is a terrific moment when one of them, apparently randomly, cuts off his hand – all powerfully staged. But there’s no build up from that. The slow reveal of the evil spirit is nicely restrained, and represents a high point.

I really wanted to like this more than I did. In its favour, it has a Lovecraftian ‘vibe’ to it, but that’s never much more than a vague suggestion. Even the ending is decidedly perfunctory and after nearly two hours, that is a shame.