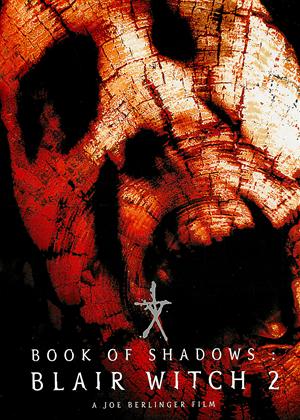 Rent other films like Blair Witch 2: Book of Shadows

This follow-up to the ground-breaking film that introduced many of us to the Found Footage concept is a ‘fictional re-enactment of events following the events of The Blair Witch Project.’

It starts promisingly, with Burkittsville residents being irritated and financially bolstered by the notoriety their town has attracted. Some dialogue is rank, (“There are always naysayers who come here and say … nay.”) and the characters are pretty unlikable and stereotypical (we are introduced to Kim (Kim Director) lying back on a grave, smoking, dressed all in black and daubed with heavy make-up – so she’ll be a goth then). Erica (Erica Geerson) is a Wiccan and therefore sensitive to whatever ‘curse’ may or may not be out there. They seem to be a bit stoned and listen to rock music and might possibly have just stumbled off a catwalk. Text book, picturesque teens. A disappointing development after the realism displayed by Heather, Mikey and Josh from the original.

This is a major flaw. Main character Jeffrey (Jeffrey Donovan) has a history of hospitalisation and is victimised by the local Sherriff (who seems to have strolled straight out of ‘The Dukes of Hazzard’). And yet because of his uncharismatic, postured playing, it is impossible to sympathise with, or feel anything for him or his plight. Tristine (Tristine Ryler) is really the only sympathetic, or realistic character present …

And yet, this sequel is undeserving of the critical drubbing it has received. It has some great unnerving moments: the stuttering doll-like creature Tristine sees in the hospital, the image of her drowning her dead, bloodied baby in a stagnant pond (would anyone who suffered a miscarriage during such an unnerving trip seriously then consider continuing with that trip?), the slow drifting into delirium … and the ending, where the group watch the recording they made of themselves and it contradicts their memory of events is a pretty neat way to wrap things up.

The temptation could have been to produce another docu-drama, but events here are deliberately stylised in such a way, the audience is in no doubt it is watching a professional production.

The locations are excellent and the whole production is very well shot, but I think ‘Book of Shadows’ is a (perceived) failure because while it is good, it isn’t brilliant – and it needed to be brilliant to match the virtually insurmountable success of the first.