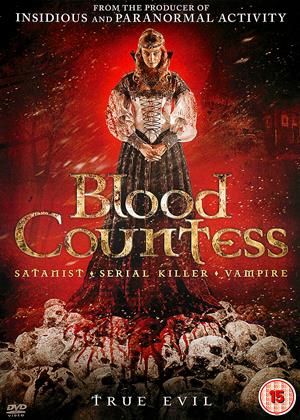 Synopsis:
This is the horrific true story of the 'Blood' Countess Elizabeth Bathory and the events that lead to the capture of one of history's most infamous mass murderers. In rural Transylvania, 1609, two children are framed for a petty theft. They soon find themselves imprisoned in a castle and at the mercy of Countess Bathory, an infamous, terrifying figure shrouded with dark tales of Satanism and reputed to have the blood of hundreds on her hands. Their only chance of survival is escape and in doing so they will reveal the most horrific evil the world has ever seen.
Actors:
Svetlana Khodchenkova, Isabelle Allen, Lia Sinchevici, Ada Condeescu, Claudiu Trandafir, Pavel Derevyanko, Paul Octavian Diaconescu, Lucas Bond, Valentin Teodosiu, Alexandra Poiana, Sandu Mihai Gruia, David Petcu, Vladimir Grosu
Directors:
Andrei Konst
Producers:
Tove Christensen, Georgiy Malkov, Vladimir Polyakov, Steven Schneider
Writers:
Matthew Jacobs
Aka:
Lady of Csejte
Studio:
Second Sight
Genres:
Drama, Horror

Two gypsy children captured for stealing are taken into the custody of the Countess Bathory, a feared and legendry lady who lives in a huge impressive castle. While the younger brother Mischa (Lucas Bond) makes awkward acquaintances with other juveniles who live in the castle grounds, the young girl Aletta (a tremendous performance from Isabelle Allen) becomes friendly with the countess herself and her many serving women. The girl’s impudence is well matched against the Countess’s regal bearing and they grow close, Bathory dressing her in Riding Hood Red.

Visually, this is a wondrously epic fairy-tale of the darkest kind. Colours, costumes, locations and design are truly faultless. Vibrant warmth glows from crackling torches and illuminate the interiors and provide a contrast to the increasingly cold, stark exteriors. A collection of European actors head the cast, and help give a sense of other-worldliness to the proceedings. Only the story itself lets things down; it really is paper thin, and tends to drag – although the visuals ensure this is not as much of a hardship as it would otherwise be.

Bathory, reputedly responsible for the deaths of 650 children as the opening credits tell us, is written as little more than a Wicked Witch despite the delicious playing by Svetlana Khodchenkova. Her two closest serving girls Dorata and Ilona, elegantly bedecked in royal blue, are my favourite characters. They are wonderfully arch, bitchy characters, terrifically played by Lia Sinchevici and Alexandra Poiana respectively.

Although darkness pervades this gothic tale, the most gruesome moments are reserved for the very end, as Aletta recounts the fate of the various characters four years later.