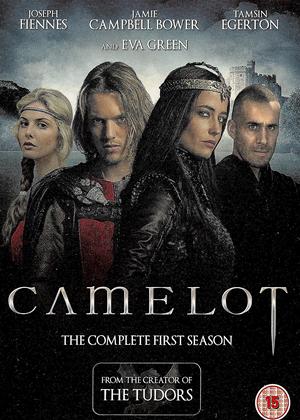 Following on the heels of on trend shows like Merlin and Game of Thrones Channel Four’s Camelot is a sword and sorcery fantasy drama about the rise of King Arthur.

The stories are familiar to most of us and each of the legends makes an appearance in the series, from the sword in the stone to Merlin himself. Yet for some unaccountable reason Camelot manages to turn stories full of the ingredients of a fantasy epic into an amateurship, overdramatic and overwhelmingly dull piece of television.

The earliest episodes are the weakest and around the half way mark the show begins to find its feet, but all that is completely washed out by the infantile performances and weak script. The makers of Camelot have somehow managed to take an ancient and timeless story and ruin it by filling it with ill cast and youthful actors and a script so full of modern idioms that it would not seem out of place in student soap Hollyoaks.

Yet throughout the show strives to be adult, filling its minutes with sex, bloodshed and gore, all of which seem a completely juvenile attempt to give the show an edge.

On the surface Camelot was full of promise; it had all it required to be a remarkable fantasy drama but it has turned out to be nothing more than a poor mans Game of Thrones, which has begun filming it’s second series, unlike Camelot which will not be granted the same pleasure.