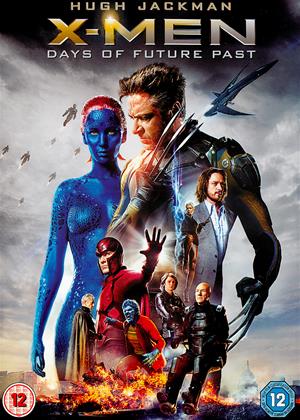 Rent other films like X-Men: Days of Future Past

Reviews of X-Men: Days of Future Past

It’s been over a decade since the last great X-Men film graced movie screens all over and while X-Men First Class had its moments its Days of Future Past that returns the franchise to the former glory it enjoyed when Bryan Singer (who has returned as director for this instalment) last took charge. The only difference between then and now is the unfortunate and slightly confusing obsession we now have with Jennifer Lawrence.

The film follows Wolverine (Hugh Jackman) as he is sent back in time from a dark future filled with pain and torment to change the outcome of the past to stop the future from ever taking place. Once there he must gain the help of Magneto (Michael Fassbender) and Charles Xavier (James McAvoy) to stop Mystique (Lawrence) from bringing about destruction to all mutant kind.

While the film hinges on Lawrence there is little reason for her to exist in this film beyond the fact she is Jennifer Lawrence. The story works around her when it cans, it concentrates on the far more gripping relationship between Erik and Charles (both in the future and in the past thanks to some excellent work from Patrick Stewart and Ian McKellan). It only reverts back to Mystique when the story demands it and even then the film suffers from some weak moments as the script plays into the Katniss of it all.

While each film in the X-Men saga has felt like an ensemble, a team effort, Days of Future Past has a pedestal set aside just for Lawrence and she does not deserve it. That being said Days of Future Past is a terrific film that introduces some new and interesting mutants with Evan Peters making a near perfect Quicksilver.

The end might hinge to much on Lawrence and Jackman is squandered at times but this is top notch science fiction and is well worth watching now, later or now and later.