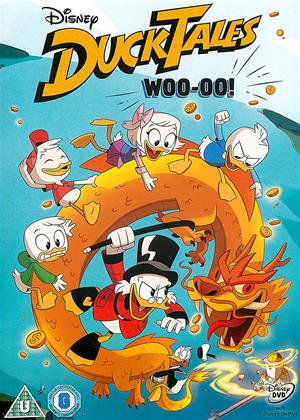 Synopsis:
Life is like a hurricane when Huey, Dewey and Louie Duck discover their uncle is none other than trillionaire treasure hunter Scrooge McDuck! Unfortunately, Scrooge hasn't been adventuring in years. It's up to the nephews and their action-ready friend Webby to shake him out of his funk by stirring up some supernatural trouble in his home. They may even convince Scrooge to take them on the most epic family road trip of all time to the underwater city of Atlantis! Together, the team must survive dangerous foes, treacherous temple traps and their overprotective uncle, Donald Duck, to prove that family is the greatest adventure of all!
Directors:
John Aoshima, Dana Terrace
Voiced By:
David Tennant, Danny Pudi, Ben Schwartz, Bobby Moynihan, Kate Micucci, Beck Bennett, Toks Olagundoye, Tony Anselmo, Keith Ferguson, Kari Wahlgren, Jason Marsden, Jennifer Hale, Marc Evan Jackson, Sam Riegel
Writers:
Matt Youngberg, Francisco Angones, Colleen Evanson, Noelle Stevenson, Madison Bateman, Nate Federman, Christian Magalhaes, Robert Snow, Rachel Vine
Studio:
Walt Disney
Genres:
Anime & Animation, Children & Family, Kids’ TV

Sign up
Asterix: The Secret of the Magic Potion

Though there were many notable cartoons of the Disney Afternoon block of the 1990s, undoubtedly the top toon of the block was Ducktales, the precursor to the very formation of the syndicated block. The adventures of Scrooge McDuck with his nephews of Huey, Dewey, and Louie was a real treat of animated television growing up as a kid. And it pleases me now to say that the DuckTales reboot still encaptures the same way, knowing and clever wonderment of the original show without being a mere redux.

The animation style has changed, as have the character, but the very spirit of adventure and witty repartee remains as firm as it ever was. In many ways, there are notable improvements to the concept. There’s a more linear approach in divulging just how the three brothers went from hanging with Donald Duck to venturing across the globe with their rich miser of an Uncle Scrooge. To avoid easy comparisons, the voice cast is rather exceptional. David Tennant now voices the iconic Scrooge and doesn’t lay in as thick to that Scottish accent as much as Alan Young, who was mostly typecasted in similar voice roles. There’s just something about Tennant’s more natural voice occasionally slipping into the accent that makes Scrooge breathe more as a relatable character than a cartoonish caricature. Likewise, the nephews speak in a voice more akin to that of kids than just replicating the high-pitched Chipmunk persona of the previous cartoon.

The show also finds its own voice in this multi-part premiere, making the dangers of the supernatural seem real enough and scary enough that we want to pull for the ducks to make it through. The adventure aspects are also pretty exciting where the peril is unique and real smarts are required out of the group if they hope to save the day. But what most will keep the audience engaged are quirky mannerisms and well-timed humor made for this production by Matt Youngberg and Francisco Angones. They have conceived a show that feels just as much compelling as the original comics that tinkered in out-there concepts and a real buzz of excitement in discovery.

I recall the first glimpses of the animation style, made more angular and blocky by simplified designs, that there was much chatter online about how flat this animation was going to be. My doubts were few. Even for a show that was originally supposed to only be on Disney’s secondary channel of Disney XD, I doubted Disney’s animation division would give such a lackluster approach to one of their finest and most cherished of 1990s television programming. They did not disappoint as the angular design made for far more fluid animation that could venture to all sorts of locations and craft unique characters. This makes the action have an extra kick with a grander sense of zip and depth that stretches the excitement for this kind of production.

Disney XD has had a wealth of exciting adventure cartoons over the decade but few of them ever flourished, as I doubt many remember the likes of Tron: Uprising or Motorcity. Thankfully, DuckTales seems to have a devoted fanbase that has propelled the series into further seasons. It has a lot of its own flair for the kids of today to appreciate the appeal while also catering to the aged viewers in their thirties who will get giddy seeing the likes of Darkwing Duck and Goofy cross over into this DuckTales universe. A strong, funny, and witty cartoon fit for the whole family.