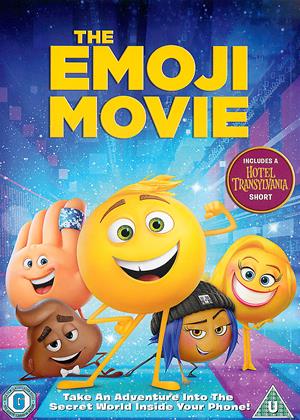 Reviews of The Emoji Movie

I took note early in The Emoji Movie when the protagonist narrates his digital world. He comments on the nature of our society being addicted to our phones, giving up at one point as he figures the audience has already stopped paying attention with our frantic lifestyle of everything mobile, downloadable, and streaming. The filmmakers must have figured as much with creating this film that built more clearly from commercialism than any sense of story and character. The final result is a film so embarrassingly bad and ill-conceived that it comes off with the same disgusting aroma of an old person in shades speaking in hashtags while brandishing fidget-spinners.

Pixar’s animated films are at their best when presenting new worlds of familiar design with a detailed design behind them. This film is Sony’s animation studio at their worst, cobbling together a world built by buzzwords and pop culture, written as though an aged writer picked up a teen magazine and blasted a script with cliches. The story takes place inside a smartphone where emojis are not only sentient being, but apparently have families. When one emoji gets too old to be selected for text messages, the next of kin takes over. Gene (T.J. Miller) is the son of the “Meh” emoji and thinks he is ready for the big time. But, uh oh, he doesn’t make the right face when selected for a message! This one error causes the phone’s user, a teenager, to bring his phone in for being reset and upgraded. When that happens, all emojis will be wiped from the phone. It’s up to Gene to save the day and prove…

They couldn’t have conceived a script this inept with understanding technology. Phones are upgraded regularly meaning these emojis would most likely have a lifespan of two years, maybe three. So who cares? The emojis themselves are not likable characters, merely one-note, one-joke players that serve one lazy and dreary purpose. The poop emoji (Patrick Stewart) I assume is supposed to be the comic relief because it’s a piece of poop and it’s voiced by Patrick Stewart. He’s not funny. Hi-5 (James Corden) is a forgotten emoji that I assume we’re supposed to see want to be relevant again. He’s the most unlikable jerk in the entire cast. And there’s all sorts of cringe with the girl hacker emoji, Jailbreak (Anna Farris), that can hack into systems and help Gene stop the evil Smiler (Maya Rudolph) from leading the emojis to their doom.

The journey that Gene takes for saving the day is one giant commercial for apps. I cannot stress enough how this film is an unapologetic plug for services these filmmakers clearly don’t understand. They visit the Candy Crush app where they proceed to eat the pieces and mutter the game’s catchphrases. They visit the Just Dance app where they invent a terrible dance, thus fulfilling the film’s obligated dance number to pop music. Other visits include Instagram, Spotify, and Dropbox, all approached with the lamest of direction built from puns and references.

I hated everything about The Emoji Movie, from its bland animation design to the unlikable characters to the horribly inept writing. I tried to find something to latch onto here to warrant its existence but there was nothing. This is the garbage animated picture that is only seen in satire, made foul in reality. It is without soul, artistry, or intelligence. It is shameless with its awful, boasting its acclaim of being tech culture junk with all the flair of a third-grader’s first narrative. The fact that this film was #1 on its domestic opening weekend is the most depressing of facts and warrants the film’s claim that nobody is paying attention. America had spoken and they wanted to watch an animated film with a talking piece of poop.