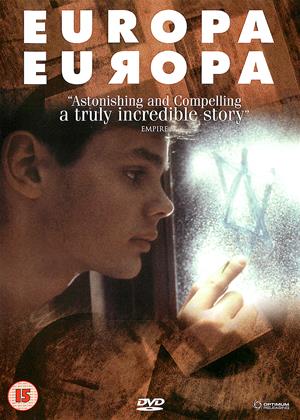 Excellent movie which shows the reality of being Jewish in a very unusual situation in warland Europe.

Solek (Polish nickname for Solomon) and his family live in Germany. The Nazis have taken over. On the eve of Solek's bar mitzvah, Kristallnacht occurs. Solek and his brother leave for the East, hoping to take refuge in the Soviet Union. Soon separated from his brother, Solek is having to survive by all means possible.

The story the film tells is totally extraordinary and quite improbable and would, indeed, seem implausible. And yet, it is based on a true story, that of Solomon Perel, who is still alive (he was born in 1925) and now lives in Israel. Although the movie takes some liberties with the account of his life, given in the autobiographical book he wrote, it is broadly faithful to the chain of events as they happened.

The film grips you because it combines the story of a teenager on the run (Solek) caught up in the murderous 1930s and 1940s in Europe with the broader historical canvas -- the rise of totalitarian systems in Germany, with the Nazis, and in Russia, with Stalin at the head of the Communist regime. You feel you are living through all the traumas that shook Europe at the time, seen through the eyes of a Jewish teenager confronted with the horrors of war and anti-Semitism.

The film is quite unique in many ways and is well-made; it carries profound insights into morality and politics, and what it means to be human. As historical dramas go, it is a masterpiece, in my view. It is a must-see.