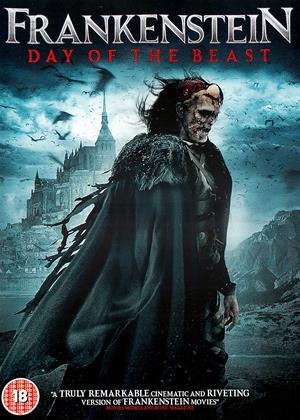 Synopsis:
On a foggy winters morning, a raft brings a priest (James S. Evans) to an isolated island. He is getting paid to perform a wedding ritual under very mysterious conditions. The groom is Victor Frankenstein (Adam Stephenson), and the young and beautiful bride is his cousin Elizabeth (Michelle Shields). Seven armed and dangerous mercenary soldiers have been hired to protect her against something huge that hides in the woods. Victor is the only one who knows the truth about their enemy. His secret will be paid with the life of his private army, whose men will die one by one, as the creature gets closer to his target: the bride…
Actors:
Michelle Shields, Tim Krueger, Adam Stephenson, Bruce Spielbauer, Suzy Brack, James S. Evans, Wesley Saint Louis, Mat Labotka, Brian Connelly, Jeff Swan, Chris Margetis, Jay Disney, Paul Barile, Jeffrey Swanson, Ruth Terefe, Drake Mafestta, Ticia Martyr, Frank Warpeha, Shannon Edwards, Jake Jones
Directors:
Ricardo Islas
Producers:
Mark Harris, Andrew C. Mathews, John Vitiritti
Writers:
Ricardo Islas
Aka:
Frankenstein 2011
Studio:
88 Films
Genres:
Horror

Reviews (1) of Frankenstein: Day of the Beast

Spoilers follow ... - Frankenstein: Day of the Beast review by NP

This is a very interesting rearrangement of the Frankenstein story which manages to create something refreshingly new from the old myth.

We begin with Felix (Frank Warpeha) bringing home his new wife, Safi (Ruth Terefe) to his isolated home in the middle of the woods, which he shares with his sister Agatha (Ticia Martyr) and blind father (Bruce Spielbauer). Secreted nearby, The Monster (Tim Krueger) seems set to learn English from French Safi’s English lessons – but things never get that far, and he isn’t much interested anyway. He is after only one thing, and everyone else he meets, he kills. He has a predilection for pulling out people’s intestines.

Victor Frankenstein (Adam Stephenson) and his new wife Elizabeth (Michelle Shields) are being guarded by seven heavily armed men. Where and when this happens in regard to earlier events is not clear. The creature, whose creation is told briefly in flashback, is somewhere out in the surrounding woods. Restructuring the story into what is really a series of ‘boo!’ moments has its merits, with the creature hunting the men who are, in turn, hunting the creature. Pretty soon, these guards are fighting amongst themselves anyway, echoing the behaviour of Robert Walton’s crew in the novel.

There’s a new development here: the Monster can regenerate himself. He literally cannot die. Vaguely resembling a bulkier, pulpier version of the fiend seen in Toho’s ‘Frankenstein Conquers the World (1965)’, he is something more than human. One scene, which is (I imagine) unintentionally enduring, is when its severed hand assumes a life of its own for a scene. The idea was never going to succeed visually on such a small budget!

{SPOILER} “I opened the door to something unspeakable,” admits Frankenstein. He certainly suffers in this story, but is hard to sympathise with – The Monster too has not a modicum of pathos. That is saved for poor Elizabeth, with whom The Monster wishes to mate. In a series of twists at the end, it seems such a thing is possible. Shields is excellent throughout, emerging as the central character.

I really enjoyed this. The locations are excellent – all long shadows, crispy snow and skeletal trees. What it might lack in polish is made up for in the respect shown for the story, and a cast and crew who invest in it a genuine sincerity. A genuinely fine independent adaption.