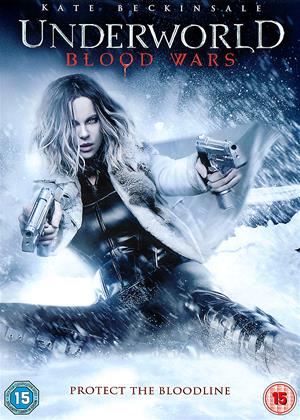 not as good as the others - Underworld: Blood Wars review by gazmb

Just didn't enjoy this like the others before it. It just didn't keep me interested in it enough. Don't think the story was good enough for me found it quite a boring film.

This film I think is juvenile trash. I stopped watching it after ten minutes. I cannot think why anyone would possibly consider it otherwise!

As this film franchise has gone on the only consistent thing about it is the plot and the editing. The plot consists of betrayal and the editing consists of 'let's get this done as quickly as possible'. But having stuck with it I felt obligated to finish the franchise off. I mean I did the same with Harry Potter and frankly can't remember anything worth noting from those films either. For 'Underworld' we have the battles, the slinky vampires and the same rough werewolves. Forgotten as soon as you finish it but should have lasted longer in the mind. However the editing just wanted to finish the film as soon as it could. Which just made a throw away and a bit confusing.

Visually stunning this film is a treat for those who like the gothic fantasy looks, its flawless. Some of the fight sequences were innovative and interesting but would of liked more combat and less guns. On the downside this lacked story or any depth in the characters for me with some of the acting rather wooden and the plot predictable and week. This would be a good film for a family with teenage kids to watch together as there is something in it for everyone.

“Underworld: Blood Wars”, and this time, it’s personal… no but seriously, why do we need more of these movies? Wasn’t the overarching plot, like, actually resolved in the last film before this one? And what’s with that blue tint? As we continue to ponder upon these questions with a slightly cynical rhetoric, the filmmakers, producers, and everyone involved continue to milk the Underworld franchise whilst twirling their conquistador-ial mustaches until there’s nothing left but relics of a distant past. But hey, at least the first film was decent.

The Underworld franchise is based upon an archaic understanding of the supernatural, featuring macabre creatures such as werewolves, vampires, and hybrids (some combination of the two + humans), and pitting them against others and against themselves as well. But, since the films are set in the 21st century, these creatures have to adapt in order to survive – and so the majority have chosen to embrace British accents because why the hell not. And not only that, but these gothic apparitions of the gnarly and gruesome have also managed to grow stupider with each entry in the series, rendering their eon-long battle for power kind of obsolete. Plus, add Beckinsale’s character into the mix, and you have a full-blown specie eradication at hand, which is kind of sad now when I come to better think of it.

The plot, well, is a mess and defies the established logic of the previous films by a large scope of a margin. That isn’t to say that Underworld: Blood Wars is a bad entry, but also a bad film on its own, which isn’t saying much since the franchise had always kind of been in a downward spiral, and Blood Wars adds nothing of value to it. The technicalities don’t help either: the editing is choppy, the scenes are undistinguishable from one another and the sound mixing, as well as music, are generic at best. Also, Underworld: Blood Wars features some of the most cringe-worthy dialogue ever put to screen, as exemplified: “All I want is your blood. Come and get it”.

If that wasn’t bad enough, meet Blood Wars’ CGI – a serviceable patchwork done by (I’m guessing) severely under-budgeted talented people with tight deadlines and little to no creative freedom at all. To add insult to injury, Underworld: Blood Wars clocks in at 92 minutes, but feels like it takes an eternity to finally end.

All things considered, Underworld: Blood Wars is a rushed film that neither excites nor entertains, featuring a blue tint that would last you for days, if not months. If you must watch this film, go ahead and do so; otherwise, there’s plenty of entertainment out there that does its job better than this excuse of a film.