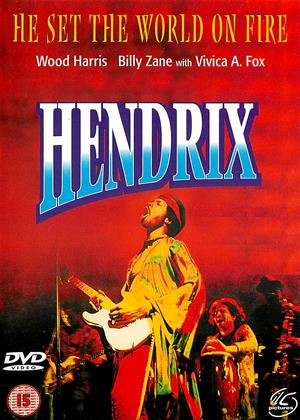 I enjoyed this film much more than I expected. It seems to receive little critical coverage, but the characters and acting are good and the music at times really excellent. It takes a bit to get used to actors trying to represent legends such as Hendrix and Cream, but here it works well and I found the way the managers and promoters were displayed in the film as an interesting extra angle. I came away with a real desire to listen to more Hendrix music across all eras of his bands, so a good result I think for the fim-makers and for the great man himself.

Did not expect to like this, the Hendrix story is a

bit clouded with "hippie nonsense".  I have been

following it since 1966 and I think this is closest  to

the truth yet. The Mike Jeffrey's and  Noel Redding

characters to me look real also Jimi's  too.

this .  The JHE were pushed  hard but maybe Jimi

should have waited to build his own studio......

The last scene struck me as realistic too.  Sad.