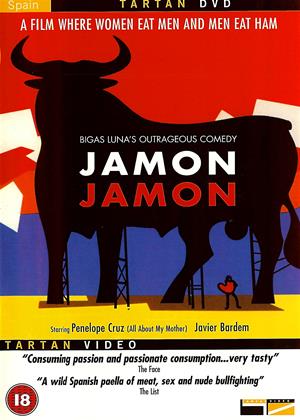 Early sighting of Penelope Cruz and Javier Bardem both up to their shapely necks in lust and dirty dealing. Cruz gets to run around in the rain and be ardently wooed by most of the men in the cast (no change there, then), whilst the director leaves little to the imagination in his portrayal of Bardem as the local stud (nude bullfighting, anyone??) Bed-hopping, jealous rage, oedipal moments, a parrot voyeur and a suicidal piglet, you name it, it’s all there. There are a number of surreally comic moments, e.g. a fight to the death with a leg of ham, but we’re well into melodrama territory even before the OTT final tableau.