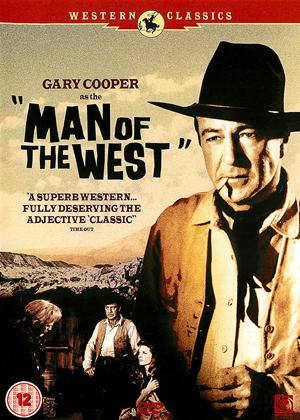 Reviews (1) of Man of the West

Anthony Mann was, along with Budd Boetticher, one of the grittiest and most interesting directors of westerns in the fifties. Unfortunately, despite having all the right ingredients in the pot, he comes a little unstuck here. The setup is extremely formulaic, and you'll see it in lots of westerns from this period. The hero, a woman he doesn't know who will become his love interest, and the cowardly, annoying man she's initially with (who might as well have "DOOMED" tattooed on his forehead) are captured by a gang of utter degenerates, the leader of which for some reason decides not to immediately kill the hero when he knows he ought to, and you can guess how it plays out from there. The trick on the director's part is to make a predictable situation tense and interesting.

The basic idea of Gary Cooper being a good man with a dark past which suddenly pops up again, although it's another genre cliché, isn't a bad one, and the wrinkle that the nastiest outlaw in the territory is his adoptive father, who therefore has a very strong motive not to kill him when he obviously should, ought to work just fine. The elephant in the room is Lee J. Cobb as the oddly-named Dock Tobin (they actually spell it out so we know he isn't called "Doc" - I haven't the faintest idea why). His performance brings to mind both Robert Newton's archetypal Long John Silver and Billy Bob Thornton's Bad Santa, neither of whom has any business being in a western. It's true that he's playing a psychopath in the early stages of Alzheimer's, but even so there are times you wish he'd tone it down a bit. And given that most of his gang would nowadays qualify for some kind of incapacity benefit and even he repeatedly admits they're useless (a fact they demonstrate very early on), it's hard to see why they haven't been rounded up and hanged yet.

The script reunites our hero with these worthless excuses for human beings in ways that rely on outrageous coincidence, and sometimes make no sense at all. The woman is there to be maltreated to a degree that becomes gratuitously nasty. The hero is there to do what a man's gotta do. And everybody else who isn't an extra is there to be shot. It has its moments, and Gary Cooper really is rather good, but I didn't believe in the characters or the the set-up, and there's something pointlessly nasty about it all. And Lee J. Cobb is definitely in the wrong movie.