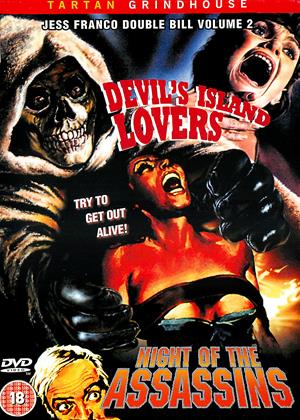 Reviews (1) of Night of the Assassins

This terrific slow-burner is Spanish Director Jess Franco’s old dark house mystery in the style of a giallo – a historical one, no less. It is a spectacularly underrated film – consistent, intriguing, well-played and possessed of some impressive twists.

Lina Romay, in possibly her best role, plays Rita, shamed servant girl. Without the distraction of hubby Franco’s predilection for sex and gore, her performance shows what a true talent she was. Rita is humble and subversive, a million miles away from many of the other parts she played. Antonio Mayans, who would star with Romay years later in the notorious ‘Mansion of the Living Dead (1984)’, is excellent as Alfred, who may or not be Rita’s brother. Franco himself, never a hugely impressive actor, also gives what maybe his best performance as drunken old lawyer Andy. Dependable Alberto Dalbés as Major Brooks and Vincente Roca as Inspector Bore (pronounced ‘Borey’, fortunately) also spice up the 74 minute running time.

The direction is restrained – no lingering, graphic sex scenes or manically zooming lenses here – and really conveys a classic haunted house thriller. Indeed, Edgar Allen Poe is credited as an inspiration in the opening moments, although there is nothing specifically similar that I can see.

A darkly shot project – occasionally too dark – this drips with atmosphere, with Franco making the most of his splendidly intimidating location.