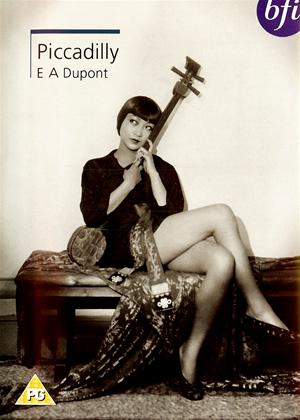 This is the second full length silent movie I've seen in my life (The Artist being the first).

What drew me to this gem was the Chinese/American sensation Anna Mae Wong.

Sadly marginalised by the American film industry (at the time it was prohibited for a white American to go out with a Chinese person) Wongs roles were limited to racial stereotypes. Fustrated she left for more open minded backdrop of Europe and produced this classic in London.

Wong totally owns this piece of celluloid joy, playing Shosho - a Bette Noire -who seduces slimy club owner -Valentine Wilmott - who discovered her  dancing in his club kitchen and in true Harvey Weinstein style offers her a gig in the club overshadowing his mistress and star turn- Mabel.

It all,ofcourse, ends in tears but in a glorious,melodramatic manner that will have you hooked right up until the grand dame finale.

Made in 1929-  at the cusp of silent movies crossing over to sound and there was a version made with effects and a voice over prologue which I would love to see.

This is a beautifully restored version with new soundtrack written and performed by Neil Brand that I found a bit intrusive and solved the problem by pressing mute and playing my own selection of music over the top.

If like me you were wary of watching silent movies, try this gem out.I'm pretty sure you won't be disappointed.