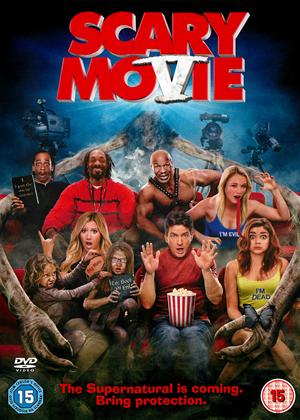 The most recent addition to the Scary Movie franchise Scary Movie 5, or “Scary MoVie” as they have so cleverly called it, is much like its predecessors and was, as all the others were, a tedious waste of time to watch.

With no sign of Anna Faris, who one can only assume has decided she’s too good for the Scary Movies following her starring role in Alvin and the Chipmunks, the fifth film still spoofs all the most tawdry and overused clichés of the horror movie genre. This time however it’s less a parody of the Scream style slashers but of the found footage supernatural horrors such as Paranormal Activity.

After returning from the hospital with their new born son a couple begins to notice strange and unexplainable things going on in their home. Meanwhile Charlie Sheen dies after a bizarre night spent with Lindsay Lohan. But don’t let the so-called celebrity appearances fool you, most of them appear for only the shortest period of time, and their cameo’s do little to inflate the film’s other wise vapid plot.

For those who remember the first few films when they were released what feels like a million years ago, the odd intertextual references to their predecessors is about the only thing that put any kind of smile on my face. Otherwise it is 90-odd minutes of sex and toilet humour anchored in a genre that really has nothing new to say.