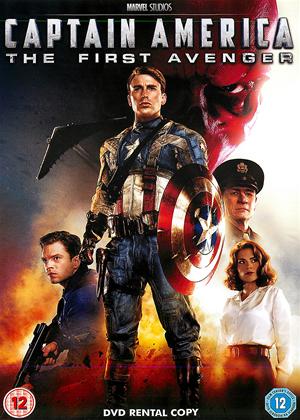 Rent other films like Captain America: The First Avenger

Apart from waving the stripes for America, what was the point of this film? Sometimes Marvel can produce a brilliant film that really stands out, most of them are average and some downright awful! This film for me falls into the nauseatingly awful category. For the uninitiated the Good Ole US of A did not win the War for us all, it was a joint effort. Set at the time of the Second World War, this is yet again another America saves the world effort, but outside of America no-one else believes that! Lots of Jewish and Holocaust references, but again to anyone outside America, it wasn't called the Holocaust, it was called the Second World War and everyone was affected by it! So it's really pro USA and makes no mention at all of other countries and their efforts. Again this is a re-hash of so many other films that have gone before. Hugo Weaving as the bad guy puts in quite a good effort at the beginning, that is until he removes his face and we see what looks like a suspiciously Michael Jackson looking red face underneath, the look and acting of Hugo's villain then becomes too much like Jim Carrey in the Mask, only red instead of green! This reminded me very much of the 'Skycaptain' film and many others of that ilk. Little in this film makes sense and whilst I forced myself to watch it all, I found it a real bum number and hard to hold my attention, as I found it too insipid and nauseating. If You're American you will probably love it, but for the rest of the world, America please change the record, because we're tired of all your big headed bragging!!

It was ok - Captain America: The First Avenger review by ec

It's a little but over the top. But I guess Captain America was created around the time of the 2nd world war. It's a good introduction to the creation of the Captain America character and a fairly entertaining film.