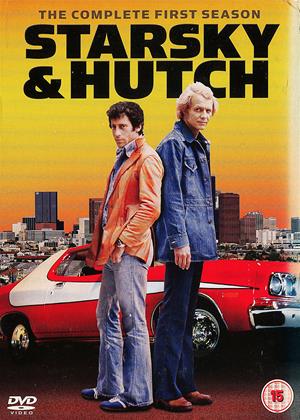 Reviews (1) of Starsky and Hutch: Series 1

Nostalgia Ain't What It Used To Be - Starsky and Hutch: Series 1 review by DH

While this was my favourite TV programme when I was 14, time hasn't been kind to it. While the chemistry between David Soul and Paul Michael Glaser holds it all together, the plots are very cartoon like in their simplicity, and of course it all looks very dated, which it is. I'm not sure what today's teenagers would make of it, I guess they would find it pretty tame.

Still, to be fair I have persevered with the series, and while series 2 is very much the same as series 1, I have now started on Series 3 which is a notable leap in quality with better story lines and also able to attract better guests due to it's contemporary popularity -for example Joan Collins is in the first episode of Series 3. It also has the advantage of being so old that I have no recollection of the individual story lines so it like watching for the first time.

It's a shame that the relatively recent film version was so poor and played for laughs, I am convinced that there is still a decent film to be made with the right cast and director.

Finally, this is on DVD only, and the transfer quality is poor, with heavy grain and a soft picture. I assume that it was shot on 16mm, and potentially could be cleaned up and remastered into a decent 1080p Blu Ray transfer if someone was willing to spend the time and the money.I would liken it to the The Professionals, a UK contemporary of Starsky & Hutch, which enjoyed such treatment and resulted in an excellent clean, sharp Blu Ray presentation.