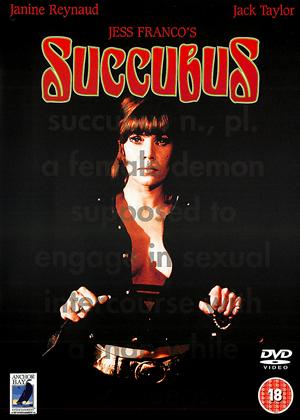 Synopsis:
Beautiful Lorna is a nightclub dancer in one of Lisbon's most fashionable bars, the Snob Club. Her story is composed of the deep blues of reality, the blood reds of fantasy and the fearful blacks of the supernatural. Her show, which she performs every night, is full of sensuality and ultimately ends with a killing. Her performance is a fantastic success but Lorna, mentally influenced by the character she portrays, slowly loses contact with reality and becomes lost in the twilight zone of her schizophrenic mind. Her manager, Bill Mulligan, has more than just a business interest in Lorna and tries to help.
Little does he know that his search for the cause of her behaviour will turn into a nightmare that even he cannot escape.
Actors:
Janine Reynaud, Jack Taylor, Adrian Hoven, Howard Vernon, Nathalie Nort, Michel Lemoine, Pier A. Caminnecci, Américo Coimbra, Lina De Wolf, Eva Brauner
Directors:
Jesús Franco
Producers:
Adrian Hoven
Writers:
Pier A. Caminnecci
Aka:
Necronomicon - Geträumte Sünden
Studio:
Anchor Bay
Genres:
Classics, Horror
Countries:
Germany, Classics, Horror

This is a jazz-tastic, psychedelic Jess Franco film starring Stephanie Powers-alike Janine Reynaud as nightclub stripper and kinky ‘adult actress’ Lorna Green. The story begins focussing on her and doesn’t let up until the end. Franco centres on the statuesque former model in virtually every shot.

Like many such films, the specifics of the story are open to interpretation. To me, Lorna is either drifting into some mental abnormality, possibly as a result of her extreme lifestyle, or in fact is becoming under the influence of some demonic possession. She drifts in an out of reality and fantasy, and the audience is given no clue as to what is real and what is not. She is a sensuous, dangerous conflict of heady emotions, that girl!

Franco stalwart Howard Vernon (credited as Varnon) only features briefly in this maelstrom of exotic imagery. He has one fairly major scene, seducing the lovely Lorna, before being stabbed in the eye! The character of Pierce (Michel Lemoine) seems to exert some control over her. Some reviewers have speculated that he may be Satan, which is a possibility. In this, anything’s a possibility! It isn’t so much that it is incomprehensible, it’s more that Franco seems more concerned with communicating a series of images of unease, of psychedelic delirium, than anything that conforms to the limitations of linear story-telling. In that way, it succeeds.

‘Succubus’ was a financial success upon its release, despite having difficulties behind the scenes (one of the backers reneged on the project. Producer Pier A. Caminnecci agreed to finance the project, and pretty soon embarked on an affair with Reynaud).