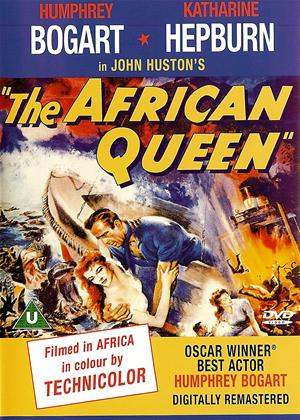 Reviews (1) of The African Queen

There seems to have been a lot of progress in film making since 1951! If you are nostalgic for a by-gone era of film making you may well enjoy this, and there are some good shots of jungle wildlife, but then if you are interested in wildlife, there are far better films.

By modern standards the acting, plot, effects and directing just don't stack up, to the point that most of the film is unintentionally ludicrous. The initial acting by the missionaries is very wooden, Humphrey Bogart and Katharine Hepburn just unconvincing, and whilst there was some fairly funny contrast between Rose and Charlie initially, this changed to excessive infatuation with unconvincing speed. The practicalities of the boat operating down massive rapids and surviving intensive gunfire, and then through a reed marsh, let alone the final scene are so completely unconvincing that I found it impossible to enjoy.