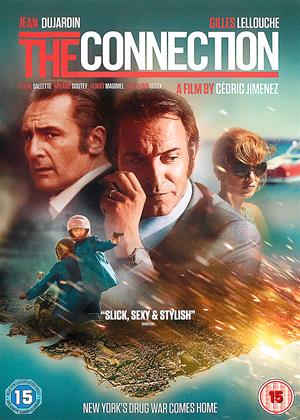 Reviews (4) of The Connection

The Continental Version - The Connection review by Count Otto Black

Presumably this film is a belated response to one of the oddest features of "The French Connection", which is that a massive criminal conspiracy taking place in two countries is solved entirely by the Americans, the French apparently contributing nothing other than one cop snooping around Marseilles, and not doing it very well, since he dies about two minutes into the movie. While it's understandable that the French might want to depict the same or very similar events from their point of view, the elephant in the room is that it was inevitably going to invite a direct comparison with one of the best cop thrillers ever made. Which it really, really shouldn't.

It's not a terrible film; it's just nowhere near as good as the one it's trying very hard to mirror. The actors mostly do their jobs well enough, but the characters simply aren't that interesting. Gene Hackman's "Popey" Doyle was fascinating and memorable because he was a repellent and far from conventionally heroic man who was nevertheless unquestionably doing the right thing, though sometimes his methods were very questionable indeed. The French magistrate we're supposed to side with here is frankly a bit dull. He's a devoted family man who is shown throughout to be heroically good, and his flaws, such as a gambling addiction which has no bearing on the plot and anyway he's over it, are token attempts to stop him coming across as a plaster saint which don't really work.

The scenes involving organized crime and tough police work are gripping when they actually happen, but the whole film feels as though it should have been made half an hour shorter by much tighter editing of the numerous scenes of people in domestic situations doing nothing interesting or relevant to the story. Meanwhile, extremely important things are pushed into the background, such as a subplot in which the hero suddenly discovers that some of the cops he's working with are in the pay of the baddies, which pops up quite late in the film, briefly becomes significant, and is then largely forgotten.

While some fairly violent action occurs, there isn't as much as you'd expect, but what's far more damaging is that there's very little of the tension "The French Connection" gave us in spades. That film showed us cops and gangsters trying to outwit each other over one huge drug shipment, the progress of which we followed throughout the movie. Here, many shipments are apparently getting through, largely unseen by the audience, while the cops bang their heads against a brick wall until they finally sort it all out. There's no ticking clock, and I often didn't know whether a day or a month was supposed to have passed until one of the characters told me. Overall, it's a good story partly undone by extremely slack storytelling, and by the fact that it's not a patch on the superb film it directly imitates right down to its title.

Why the urge to compare it to "The French Connection"? - The Connection review by TR

Just because the title and setting are similar doesn't mean it's trying to ape a classic. Great acting, period detail, okay the storyline meanders and is a bit predictable, but it's enjoyable enough...on its own merits.

As said elsewhere, this is the mirror side of the US film, but shows how drug gangs, the mafia, etc are all interlinked, with some people trying to help society at great danger to themselves, not knowing who to trust and who is actually trying to hinder them in their job.

I got a bit lost trying to follow who was who, but the storyline is believable, the subtitles good and the film has a sad ending.

Don't try to compare it with the Popeye Doyle films but watch it as the 'other' part of the story.

Too much talking not enough action - The Connection review by J

Thought it came up short as a cop/ magistrate vs drug baron thriller. Would put money on it that The French Connection with Gene Hackman blows it away !