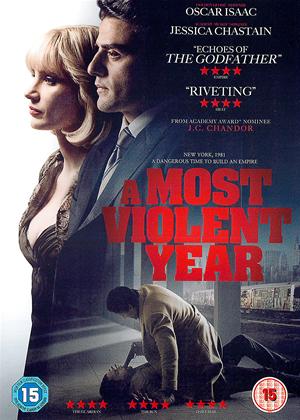 Reviews (3) of A Most Violent Year

I liked this movie and I think if you are a fan of films from a similar genre you will too. It's not all action or particularly violent but it feels 'real' and Oscar Isaac and Jessica Chastain play their roles to perfection. The end came all too quickly for me and it left me feeling unsatisfied, almost as though I half expected a commentator to add during the credits, "tune in next week for part 2". In fact it did have a HBO TV Series feel to it so who knows...?

Good but slow - A Most Violent Year review by RS

This film is well acted (especially Oscar Isaac) and atmospherically filmed, but the pace is quite slow, so you may find yourself looking at your watch before it ends.

What's the opposite to "uplifting"? - A Most Violent Year review by DW

This is an unusually long film (about 2 hours) & it's prolonged by extremely slowly-spoken dialogue incorporating frequent unrealistic pauses. It's a hell of a challenge to watch, believe me! I normally avoid films in which all of the actors are unknown to me but I now regret allowing this one to slip through that particular filter. i suspect some of the names I'd like to have seen just weren't interested to participate. Good choice.

The plot exclusively follows one track, the business problems of a business man. There's no back story, no flash backs, no illicit romance; there's nothing to detract from a relentless trudge to the end. Some of the scenes depict human relationships in a most unrealistic way. We are treated to the inevitable scene in an American barbers shop with its dubious customers & the often-seen scene of a husband so,so slowly shaving whilst looking thoughtful until his wife appears behind him in the bathroom mirror to show her caring side. Rubbish but not even original rubbish.

The car chase (car & fully loaded oil tanker) is pathetically unrealistic but have you ever watched a car chase that wasn't?

One astar is is one too mant.