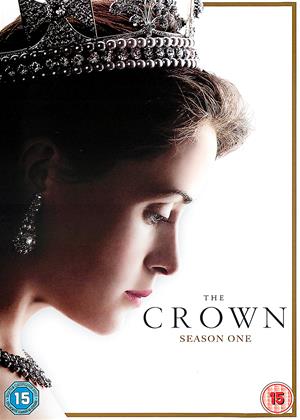 I really do not understand what the fuss is about, yes Clare foy is brilliant at depicting the young queen, but apart from that there is nothing compelling about this drama. We sat through three episodes waiting for the script to pick up, but couldn't take anymore, and can only conclude that people's interest in it is built on the modern taste for voyerism, or what they think is voyerism as so much is fiction. The script is dull, the narrative thin, life is too short and I have better things to do with my life than watch characters that resemble real people drifting through history however beautifully they drift and however well the actors do their job.

The Queen at her best - The Crown: Series 1 review by SC

I have watched many TV shows and movies about the Queen over the year but have to say I thoroughly enjoyed this.

It was informative, well-acted and the costumes fantastic. Would highly recommend it. Roll on Series 2.

Should we be a Republic? - The Crown: Series 1 review by RR

I thoroughly enjoyed all Series 1 of "The Crown". My overwhelming impression is that the Queen has almost no say in her own dealings and no power or authority. It is ruled by an Establishment which can be very cruel. The treatments of Edward VIII and Princess Margaret were portrayed as lacking in humanity - indeed, lacking the Christian virtue of love and humankindness - and yet the Queen is head of the Church of England!

Well acted and I particularly enjoyed the casting of Princess Margaret.

Makes me want to become a Republican!

its all already been said - The Crown: Series 1 review by LB

Brilliant. No wonder it was up for so many awards. Great piece of British history sensitively handled and brilliantly acted.can'T wait for more

First series of The Crown - The Crown: Series 1 review by VS

I hesitated to follow this series because it struck me as typical of our age: total indifference to the feelings of those in the public eye. We all have a right to consume their private lives. I stlil wish that the producers could have waited until both the present queen and her consort had died but granted they are still alive the quality of The Crown is an indirect homage to their work (and suffering) on the nation's behalf over many decades. I have been interested in how selective the series is. What it omits seems almost as important as what it portrays: No solemn return from Kenya after the death of George V!; no Coronation scenes (expensive) but an emphasis on the private. Most striking for me was the greta fog of 1952 and Churchill (almost but not quite) in his dotage. Having started off with misgivings, I now take off my hat to those who have create the series. You appear to be nothing if not well informed.

I don't do many reviews as I was brought up to believe that if you have nothing good to say, say nothing at all. This series is absolutely wonderful in every aspect. It portrays our Monarchy in the raw displaying the thoughts of individuals on individuals. It covers from the abdication of King Edward VIII, the reign of King George VI and on to Queen Elizabeth II.

It shows a side of other public dignitaries in a way that we, the general public, would not necessarily be aware. The acting is superb and the sets, brilliant. Is the inside of Buckingham Palace really like that which is shewn?

Alltogether it is perhaps the best series that I have seen in a long time and ranks alongside of Breaking Bad. If you are contemplating viewing this, think no more. Get on with it and get it. It's wonderful and has renewed my full love of our Royalty. Roll on Season 2.

The Crown - The Crown: Series 1 review by SS

This is an excellent series and I cannot wait to see the next episodes. The acting and filming is super.

What a brilliant start to what I am sure will be a brilliant series. I am not a royalist so all this information is new to me. I am hoping that future episodes will include Princess Diana.

Catching up with The Crown! - The Crown: Series 1 review by KW

I'm well aware that The Crown is a series that has been around for ages and so I'm very much behind the times in watching it, but it was worth the wait!

I guess I'd called myself a royalist and whilst I have some worries about busting the mystique, it's good to be reminded that at the end of the day this is a family of human beings - just like we all are - so the (imagined) conversations between the main characters are fascinating and don't seem too far fetched.

As someone who wasn't born at the outset of the Queen's reign it was interesting to get a perspective on events such as Churchill's prime ministership and Princess Margaret's affair with Peter Townsend.

The acting and camera work are of high quality and clearly no expense has been spared on setting and props. Worth a view for sure and I look forward to future series.

Entertaining and informative - The Crown: Series 1 review by LK

I don't usually watch programmes about royalty, but finding this captivating. Excellent acting and nuanced take on events as they unfold. Very believable glimpses into some of the behind the scenes relationships and events time lined by the public "news" that we heard at the time.