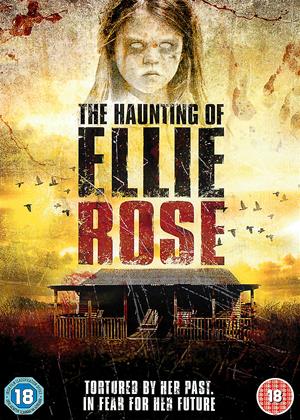 Synopsis:
Torn by years in an abusive marriage, an emotional Ellie Rose (Lucy Benjamin) arrives alone at the family cabin along a broken East US coastline. The cabin unused for years, still holds memories providing hints of a shattered family. Plagued by her childhood and nightmares of her murdered family; Ellie anxiously prepares for an unwelcome visitor. Before long her nightmares turn real and those horrors that stalk her mind transform into the reality of everyday life. Imprisoned by her own actions and haunted by the ghosts of her past Ellie soon starts to spiral out of control. The waiting is over...Ellie finally confronts her fears, her family and the truth.
Actors:
Lucy Benjamin, Alexandra Moen, Bill Ward, Kika Mirylees, Brandon Francis, Tim Major, Adelaide Hill
Directors:
Tristan Versluis
Producers:
Andy Thompson
Writers:
Tim Major, Andy Thompson, Tristan Versluis
Aka:
Not Alone
Studio:
4 Front Films
Genres:
British Films, Horror
Countries:
UK

Rent other films like The Haunting of Ellie Rose

Reviews (1) of The Haunting of Ellie Rose

Spoilers follow ... - The Haunting of Ellie Rose review by NP

Type-casting can be unforgiving. Lucy Benjamin, well known for years in cockney soap ‘EastEnders’, plays the title character here, and it took me a while to get used to her with an American accent. This is short-sighted of me because, to my UK ears, she is very convincing as Rose, returning to her remote family cabin after suffering an abusive marriage.

However impressive she is, I’m not quite as in love with her as Director Tristan Versluis seems to be; much time is spent with her alone living day to day, sleeping, eating, day-dreaming and running from spectral images, presumably from her past.

Whilst his lingering execution conveys very well the isolated monotony of her existence amidst these beautiful but unforgiving surroundings, it slowly dawns on me that nothing at all seems to be happening. I love slow-burning stories, but apart from her remembering her abusive past, there is nothing going on.

Joining Benjamin are other UK actors with American accents – fellow soap actor Bill Ward as Frank and Alexander Moen as Chloe. Moments are repeated, an occasional well-executed shock-effect occurs, but these moments are in isolation and don’t appear to lead to anything. It’s as if every scene has been thrown into a hat and picked out at random and made into a film.

The impressive finale threatens to almost make sense of it all, and it becomes apparent that the twist simply isn’t hugely emotive because apart from Rose, all the characters are so sketchily written. This is a shame because visually, everything is great. Ultimately ‘The Haunting of Ellie Rose’, also known as ‘Not Alone’ is rather like a David Lynch film, only not terribly well made. It emerges as a muddle, despite the best efforts of the cast.