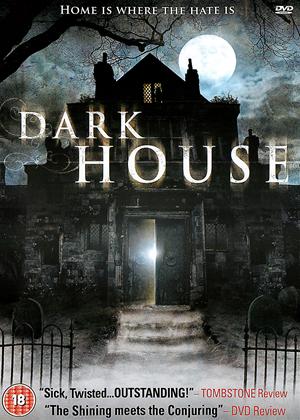 Synopsis:
Michelle tragically kills three of her friends in a horrific car accident while driving under the influence. After an extensive spell in rehab, Michelle takes a job recommended by her counsellor that lands her trapped in a dark mansion where a profound darkness has awaited her arrival. Trapped in the mansion, she is surrounded by an evil so deep and malevolent, there can be no escape! There are even more sinister black secrets in the dark, where she will be imprisoned and tortured. Fighting for her survival she has only her wits to help her!
Actors:
Kaylee DeFer, Elisabeth Röhm, Christian Campbell, Tobias Segal, Steve Stanulis, Bonnie Bentley, Geneva Carr, Steve Green, Phil Haus, Kristina Hess, Natalie Knepp, Chris McNicholas, Jake Miller, Britne Oldford, Bess Rous
Directors:
Britt Napier
Producers:
Michael Liberty, Britt Napier, Ron Stein
Writers:
Michaelbrent Collings
Studio:
Three Wolves Ltd
Genres:
Horror, Thrillers

Michelle (Kaylee DeFer) is a somewhat petulant, tortured soul. She is pretty blonde, and in possession of a throaty, scratchy voice guaranteed to dissipate into an airy rasp should she be moved to scream in horror – and she has plenty of reason to here.

Told in sometimes confusing flashbacks, Michelle has been institutionalised because she caused an accident which killed three of her friends whilst under the influence of alcohol. She’s not particularly remorseful, showing scant regard for any rules or regulations at the rehab facility. Daniel (Tobias Segal), who seems well-meaning, and Rachel (Elisabeth Rohm), who is in authority, are revealed as having their own dark secrets, a revelation that attempts to vindicate Michelle’s earlier lack of respect for them – even though she cannot possibly have known of their out-of-hours activities.

They are religious extremists, steering their faith towards ‘purging’ inmates of their sins by torturing them at a secret location. And there you have the plot. We spend the rest of the time watching Michelle try to escape their clutches.

The low budget on display works in the film’s favour, with non-slick locations revelling in their enclosed dinginess and grainy imagery. We are expected to side with Michelle but given scant reason to, other than the fact that the other characters are more misguided than she is. It is unspectacular but solid, with good performances and a good atmosphere of hopelessness. It isn’t quite ‘torture porn’, but there are some nasty inferences all explained by a familiar perversion and the easy target of religious abuse. There are some nice moments of melancholy – flashbacks of innocent children playing contrasting well with the sporadic bouts of violence – but where ‘Darkroom’ falls down is that it isn’t terribly involving due to the unsympathetic, sketchy characters.