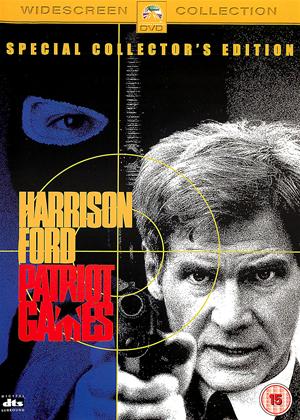 A political / action thriller, now looking a little dated, but still pretty good. Harrison Ford plays Harrison Ford in his usual role as the humble man (of course) who battles to protect his family and (of course) succeeds in the end against the odds.

The storyline goes like this: Harrison Ford plays Jack Ryan (ex US Marines, ex CIA analyst) who is in London for a conference. He foils an IRA-type attack on a minor Royal but kills the younger brother of one of the terrorists, who then targets Ryan and his family. The terrorist training camp in Libya is wiped out, but the baddies have already left and attack Ryan at his home. Baddies die, goodies live.

The problem is that events have overtaken the story, making it quite dated. There has been peace in N. Ireland since the Good Friday Agreement in 1998, the IRA has disarmed, and with the growing normalisation of relations with Libya from 2003 to the downfall of the Gaddafi regime in 2011 the idea of desert training camps is very much yesterday's news. Terrorist attacks in the UK have been from home-grown Islamic militants from 2005 onwards :(

The politics in the film is naive, and assumes the existence of 'good' terrorists (the IRA, represented by Richard Harris) and 'bad' terrorists (a violent splinter group, represented by Sean Bean). In fact it was the IRA (more accurately, the Provisional IRA) which was responsible for UK mainland bombings.

That said, I enjoyed the film way back in 1992 and enjoyed it now (2012) on DVD. But as I said, it has suffered from the passage of some 20 years. The world has moved on, but Harrison Ford is still playing the same 'humble man' roles :)