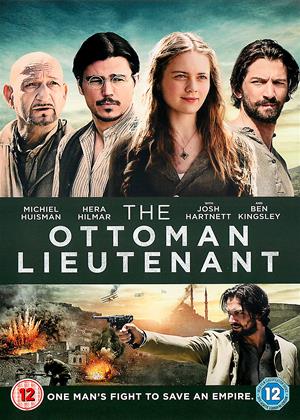 Reviews (7) of The Ottoman Lieutenant

A big sprawling epic in the mould of Out of Africa and Legends of the Fall, this has a promising original backdrop – a medical mission in a First World War Turkey where Christians and Turks kill each other. But while the landscapes are suitably vast, the drama never really takes off. It jogs along pleasantly enough but for most of its length there’s no conflict, romance or any other plot device to maintain interest. The performances are oddly blank and a lush score that may begin to irritate washes over all. An hour passes before there’s any intrigue of any kind, and the ensuing melodrama fails to convince. The original concept is to be applauded, but unfortunately it’s all a bit-ho-hum.

Mouthy girlpower + Mills-and-Boon soppy romantic story = this effort. Oh, and there's a war on. - The Ottoman Lieutenant review by PV

One thing I HATE about modern movies especially since the #metoo mob started its pity party riot, is how young women especially of ALL ages behave as though they were 'strong. independent' (YAWN!) woman of NOW - demanding their right to do whatever they like and be themselves, because they're all strong and independent, you see (RE-YAWN!). Often these women - be they living in the Ancient world, the 17th century, the early 20th century, are full of attitude and do things men would usually do (making the point they are 'strong and independent' - do you see?) - such as piloting aircraft or spaceships, or fighting men and winning (yeah right) or as in this case setting out alone as a young woman in 1913 to drive to Turkey. Yeah right... It would have been MORE believable if she'd actually chosen to ride a unicorn there/

And so the romance starts and the predictable love triangle, because as in real life, the presence of females ALWAYS causes conflict between men. And of course, the woman is the true hero and shown to have been right all along.

The ONLY reason this is not 1 star is the interesting war dynamics and pretty scenery. The genocide of 1.5 million Armenian Christians by Muslim Turks at the time certainly needs highlighting, esp as that country denies it even happened.

Why bother ? - The Ottoman Lieutenant review by VW

Why was this film made ? It is awful. It feels like something that would be on Channel 5 mid-afternoon. Terrible.

Worth a look - The Ottoman Lieutenant review by JD

I enjoyed this movie, although it suffers in comparison with the English Patient.

Locations are superb, and it is exciting in parts but sadly the leading lady is just not up to it. Compared to Juliette Binoche or Kristen Scott Thomas she has no stage presence but sadly that is true of most modern film “stars” .

Interesting story line but not sure of its historical accuracy.

Love these type of epic movies, great landscapes and I just wish they would make more of these type of movies. good characters and a fairly decent storyline.

Somewhat ambiguous concerning the Armenian genocide committed by the Turks. - The Ottoman Lieutenant review by RN

The locations representing Anatolia appeared well in the film. Story-line was often confusing with some events being 'set up' to carry the plot. The Ottoman Lieutenant played his character superbly, even showing his reflection on the horror of war after he kills the Armenian 'rebel' sniper, and then sees him as just the father of his two orphans. Not a great film, although it concerned one of histories greatest of human catastrophes. Summing it up - love discovered and then destroyed by the human capacity to do so - again.........

Interesting film covering the the start of the OTTOMAN tragedy of world war one, perhaps with a grain of truth to some of the story line and a lot of fiction.