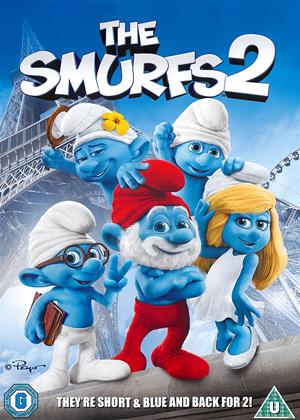 Reviews of The Smurfs 2

Having never really been a smurfs fan I had no idea to expect from the Smurfs 2, the sequel to the critically panned The Smurfs, a film I didn’t have the pleasure of watching during its original release. The second instalment of the unusually popular franchise is equally dreadful, particularly when compared to the more well rounded animations out this summer, however it does have a certain charm that I’m sure will appeal to the children it is aimed at.

The film follows Smurfette (Katy Perry) as she is abducted by Gargamel (Hank Azaria) and hir new invention, the Naughties, two mischievous white Smurfs called Vexy (Christina Ricci) and Hackus (J.B. Smoove). As Gargamel tries to lure Smurfette back to the dark side with his magic and promises of family, Papa Smurf and a select few others are sent on a mission to the real world to get Smurfette back from Gargamel’s grasp.

A film about broken and surrogate families at heart, The Smurfs 2 isn’t treading into new territory but it tells its tale of fathers and sons/daughters well and it lands its message, everything else is where it gets a little messy. Generic in both its filming and its writing, the film lacks a sense of pace, its a slow watch and unfortunately it doesn’t prove as entertaining as you imagine little blue men roaming the real world to be.

All the voice work is perfectly decent but some of the ludicrous events in this film prove too idiotic to amuse as Ferris wheels roll down streets, somehow turning along the way and grown men get turned into talking ducks. The film tries to fit in some adult friendly jokes with an uncomfortable riff on Breakfast at Tiffany’s but it really isn’t for an adult crowd. It’s all good kid friendly fun but for an adult it may induce headaches