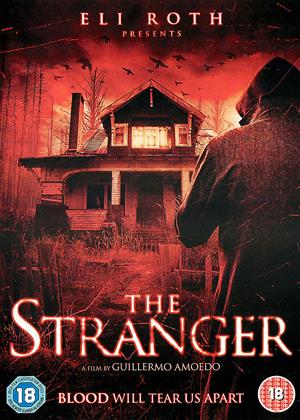 Reviews (1) of The Stranger

Despite a fairly unimaginative title and promotion, this is a gem of a film. In fact, its unassuming marketing suits the small-town mystery of its story. It concerns the plight of drifter Martin (Cristobal Tapia Montt) who, having finally found that his missing wife is dead, also seems resigned to die at the hands of three local roughnecks who accost him. If only things were that simple.

Co-produced by Eli Roth, this is a bleak affair, but one that moves at such a pace there is no real time to become really mournful. Every rapidly moving occurrence is explained fully and there are no gaping plot-holes. The local Lieutenant De Luca (Luis Gnecco) is probably the least easy to believe in – which is saying something, considering the breed of characters he shares the stage with – because he is so blatantly evil. With his bravado brutality (a trait he seems to have passed onto his son, Ariel Levy’s vile Caleb), you would have thought his actions would have been discovered and he would have been drummed out of the force a long time ago.

Due to his nature, Martin is equally brutal in his determination not to let his ‘infection’ spread, and yet he emerges as a true hero, alongside the faithful young Peter (Nicolás Durán) with whom an unsaid degree of trust has been formed. I am carefully trying to avoid spoilers with this, because there are so many twists and revelations that to reveal any one of them would undermine the experience of watching this hugely enjoyable, rather overlooked film.