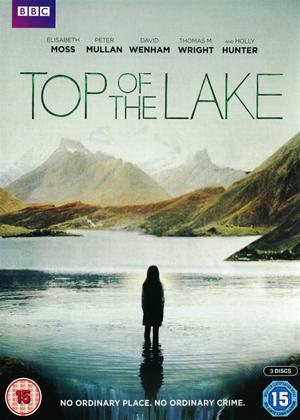 Rent other films like Top of the Lake: Series 1

hard to follow/boring! - Top of the Lake: Series 1 review by cb

not worth seeing any other discs....muddled and confusing plot to follow also slow to evolve the plot!

New Australian/New Zealand crime drama Top of the Lake caught my eye almost as soon as I heard about those working behind its cameras, most notably the director and creator Jane Campion of the Piano (1993). The mini-series that followed was an excellent and atmospheric thriller that I fear will be loved by only a handful and overlooked by many.

The story surrounds child protection detective Robin Griffin (Elizabeth Moss – most notably of Mad Men fame) who finds herself in charge of the case of a pregnant 12 year old girl who, following a failed suicide attempt, is discovered to be the daughter of a notorious drug lord and then subsequently disappears without a trace.

Already in receipt of a Primetime Emmy Award for Outstanding Cinematography, and holding a whopping seven other nominations the most striking aspects of the show are easily its visuals. Thanks largely to the beautiful landscape on which it is set the series is well equipped with beautiful views and includes a fantastically manipulative use of the sheer size and ferocity of nature. The frozen lake in which the young Tui (Jacqueline Joe) tries to end her life stretches into the distance; it’s cold and icy depths drawing viewers into the currents that lie deceptively below.

Despite losing out on several Emmy’s for casting and acting these are both hugely impressive aspects of the series; with performances that are both precise and believable. What makes the job of these actors far easier here though is the strength of the writing, most notably the character development; the sheer intensity and time devoted to which is obvious in the series short run.

My fear for Top of the Lake however is that it may have peaked too soon, with such an excellent mini-series to use as a foundation I wonder how well Campion and her fellow writers will be able to maintain the atmosphere and those who only stumble onto the show in what will be it’s later seasons are likely to miss out on the brilliance that appears in this early offering.