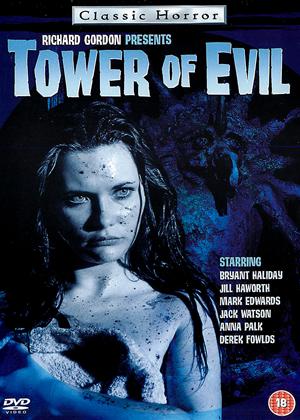 Synopsis:
Four teenagers decide to spend part of their holiday in an abandoned lighthouse on the fog-shrouded Snape Island. One by one they are brutally murdered, leaving only the catatonic Penny as a mute witness to the slaughter. The next visitors to the lighthouse are a group of bickering archaeologists, intrigued by the fact that one of the teenagers was killed using a solid gold Phoenician spear. While they search the island for similar treasure they are joined by private detective, who looks for proof that Penny did not commit the murders.
When their boat is mysteriously destroyed and their radio is sabotaged, they are left at the mercy of the terrible evil that lurks in the caves beneath the lighthouse. As night falls, the horror of Snape Island is unleashed...
Actors:
Bryant Haliday, Jill Haworth, Anna Palk, William Lucas, Anthony Valentine, Jack Watson, Mark Edwards, Derek Fowlds, John Hamill, Gary Hamilton, Candace Glendenning, Dennis Price, George Coulouris, Robin Askwith, Seretta Wilson, Fredric Abbott, Mark McBride, Marianne Stone
Directors:
Jim O'Connolly
Producers:
Richard Gordon
Writers:
George Baxt, Jim O'Connolly
Aka:
Horror on Snape Island
Studio:
DD Home Entertainment
Genres:
British Films, Classics, Horror
Countries:
UK

Reviews (2) of Tower of Evil

As evil towers go, the one featured in this film certainly earns its stripes in the opening scene. Stabbings, spiders, dismemberment, naked corpses and lots of blood ensure our attention is immediately grabbed.

So too are the familiar faces for the time – Anthony Valentine, William Lucas, Derek Fowlds and Dennis Price head a superficially impressive cast. Superficial, because the younger characters, the ‘kids’ are neither so well-known nor as compelling. Wrestling with dialogue that makes the excesses of ‘Dracula AD 1972’ positively conservative, these kids are a dull, casually randy bunch (the cod American accents don’t help). The females are especially tiresome – as part of a group sent to investigate grisly murders on Snape Island, they are only ever concerned with the sexual failure of their partners and the affairs they plan to have. Who thought Free Love could be so spite-fuelled?

One reason why the opening sequence is effective is because the island, and the waters surrounding it, are swathed in foggy darkness. Exposed to ‘daylight’, the cheapness of the sets and back-projection becomes hugely apparent. A cut-price film is no bad thing, but when the characterisations and plot is equally threadbare, attention falls away pretty quickly, despite the cackling killer-on-the-loose.

The frank attitude to sex is surprising for a British 1972 film. The feeling I get is that Director Jim O’Connolly over-spiced the dialogue with references to sex and drugs in a bid to compensate for the lacklustre budget and plot. Despite an effectively fiery ending and the reveal of a secondary killer, the 90 minutes running time seems a lot longer.

Neither Good Or Bad. - Tower of Evil review by Spoons

I'm not going to say anything about this film as the previous reviewer has summed it up perfectly. However as you can see I've given it three stars which indicates that I thought it was good which it certainly isn't, neither is it bad which brings me to star ratings. Two stars indicates that you don't like the film. It's just a suggestion but couldn't two stars mean that the movie is average, which Tower Of Evil most certainly is.