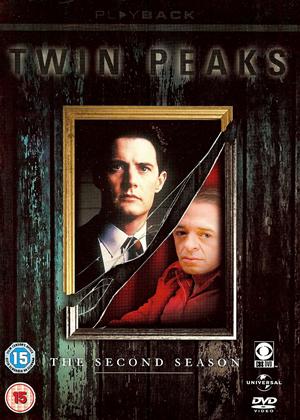 I bought the first series when the DVD set was released, and have been waiting for Series Two for probably 8 years.

I was slightly worried that production values may have aged badly given the advances in technology, but no. Apart from not being in wide screen format, the pictures are crystal clear and the sound terrific.

Great to see Twin Peaks again, and can't wait for the other discs!

I enjoy watching films and television programmes that are celebrated, but that I didn't see when they were first shown. To that end, I put "Twin Peaks" on my list, remembering the stir it created when first shown on British television - although at the time I was too young to watch it.

Disappointingly, it turned into a bit of a chore. By mid-way through the serial, the plot had departed so far from its starting point that it was no longer about who committed the original crime. The characters were not deeply enough developed to keep my interest, either, mostly being two-dimensional charicatures given little development, and sometimes changing completely over the course of the serial (which, I'll concede, is part of the plot!). David Lynch's work is admirable, and often sublimely creepy and chilling, but in Twin Peaks, those moments were often simply ridiculous, and I couldn't decide whether it was meant to be as funny as it was!

My final reflection is that it may have been ground-breaking at the time, but so much of that ground has now become well-trodden and familiar, that the impact of the original is lost.