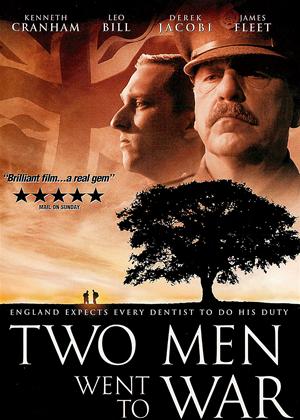 Rent other films like Two Men Went to War

This film is fun and made me laugh several times. I suspect it was a made-for-BBC2 TV film from 2002, but am not sure.

The plot is interesting and well-structured, with a couple of nice twists (though how much of it is really a true story as portrayed is moot).

The acting great with loads of British character actors.

It's funny, typically British - with the little 'loser' man taking on the world - and very original.

I could watch this again now. Far better than most Hollywood war films.

Only one thing ruins this film for me - the ending. Sadly, it conforms to Hollywood type there. So only 4 stars (it would have been 5 without that).

Earlier in the film some great music too: Elgar's Nimrod. Fabulous!