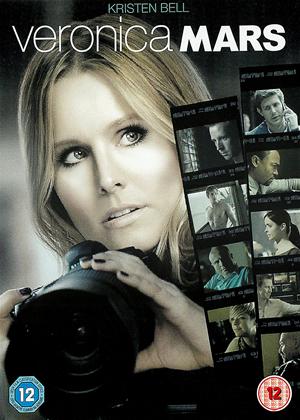 It’s been almost 8 years since the beloved cult series Veronica Mars went off the air and yet thanks to a Kickstarter campaign and over 90,000 willing donors creator Rob Thomas has brought his titular sleuth back for another round of snarky banter and crime solving. Despite the years away nothing has really changed for Veronica and ultimately thats just fine by me.

The film follows Veronica Mars (Kristen Bell), now a lawyer fresh out of law school as she is persuaded to return to the seedy town of Neptune to help her ex boyfriend Logan (Jason Dohring) as he is charged with the murder of his rock star girlfriend. While home she must handle the corruption that has infested the town and the old enemies she left behind when she left.

Filled with cameos aplenty, the film doesn’t exactly welcome new viewers, it has the necessary exposition to help them find their footing but to get the most out of the film you really have to have watched the series. Thomas has also framed this opening feature so that it has an open ended mystery to lead into another film (if the powers that be choose to make one), a common thread he played with in the series that doesn’t quite ring true in the feature world.

That being said Thomas is still a terrific writer and Bell hasn’t lost any of the signature charm she brings to the smart and dependable Veronica. They make a wonderful pair and together they make the film witty, but most of all, easy to settle into. The old routines seem new again and the characters newfound age allows Thomas to do new things and explore more grown up topics.

The ending may feel a little too neat for die hard fans who knew V Mars to be a twisted sort of girl who never really got over the horrors her life brought her but it seems apt for Veronica the woman, someone who has had enough time to think and process. If this is the last we see of the modern day Nancy Drew then I think people will be more than happy.