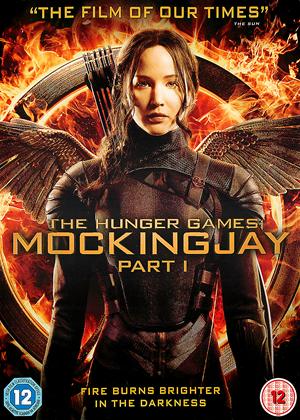 Rent other films like The Hunger Games: Mockingjay: Part 1

Wait for 2 - The Hunger Games: Mockingjay: Part 1 review by NC

Part 1 says it All - The Hunger Games: Mockingjay: Part 1 review by IB

Part 1 , which roughly translates to stretched out!

Keeping up with the current Hollywood trend of stretching out a finale, Mockingjay Part 1 is yet another attempt to siphon a bit more cash before the epic conclusion to the book series. Trilogies just don’t seem to be in style these days. It’s much more cost effective to pad a series out with not only a two part ending, but two big and bloated movies to give the appearance that such a decision was warranted.

For the third film in the Hunger Games series, Katniss (Jennifer Lawrence) finds herself rescued by the insurrection of the Quarter Quell in the underground bunker of District 13. For all her strive and killer survival sense, the council of the Quarter seek to use Katniss as the Mockingjay, an iconic hero for the rebels. She stands in front of a soundstage and delivers a rehearsed speech of heroism with computer graphics of war in the background. While the Quarter Quell rallies their forces and drums up support, the corrupt government goes on the offensive. They bomb entire districts as the president (Donald Sutherland) simply smirks at their attempts to fight back. The rebels manage to bomb a power plant and take out a few soldiers, but they still end up losing a hospital full of dying people and most of their underground base bunker’s top level.

This first part of the final chapter is all about setting up the tone for the coming rebellion outside the usual setting of the Hunger Games arena. This time Katniss is forced to take the fighting to the streets, but that rarely happens in this film. The most action you’ll see out of her in this film is when she attempts to take down a fighter jet with her bow. She’s successful, but the resulting collateral damage she causes is so fatal, you almost want to laugh at her bad luck. You start understanding why they use her more as a poster child than an actual soldier for the cause.

Most of the film is a more docile story, choosing to hide almost all of its money shots. Peeta is brainwashed by the government into appearing as a noble pleader for peace, but that ground is hardly covered. There is a major bombing of the underground bunker, but we never see the dropping bombs or overhead bombers topside. And there is a daring rescue operation setup by the rebels in which the actual successful rescue is kept entirely in the dark. This is especially disheartening since the movie’s script is already wall-to-wall exposition for establishing the current setting. Now we have to hear characters tell and explain what could have been great visuals treats.

Instead the movie saddles us by teasing the war that is ready to ignite. Even when out of the grips of the games, Katniss does little more than feel helpless in the face of war. Peeta continues to make broadcasts to which Katniss breaks down each time over his propagandic words. She fleas in a tearful panic down to a fallout shelter, just barely making it in with the last girl who went back for her cat. And she’s all but shut out of the daring rescue mission that was her one chance to be useful.

Mockingjay Part 1 leaves the audience starving with the lesser half of a gourmet meal. An entire movie was certainly not required for establishing the tone for the war of districts. The previous films did a far better job crafting that atmosphere in addition to the games. So why couldn’t a Mockingjay movie maintain the structure of replacing the Hunger Games with the war of rebels versus government? We all know the answer, but I’m hoping there is better reasoning besides the obvious cash grab. Surely not every book-turned-movie series is this predictable.