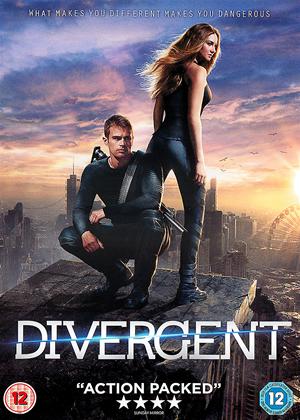 Take Solyent Green and Hunger Games, bit of George Orwell, and near Divergent.

Gave it 4 stars as at least it keeps going quite competently. Kid from Whiplash is in it as well, the drummer film....that is worth a watch.

The end is a bit of a fizzle out, as they often are. Bit like a master crime, they do the job, but don't think about the getaway.

I enjoyed the.film , where new recruites have to pass a series of physical initiation tests to be part of this elite group.

Divergent - Ever since The Hunger Games was brought to cinemas studios have been looking for the follow up, the Young Adult novel that will bring droves of viewers to the cinema. Thus we are presented with Divergent, a film with a unique premise, an unconventional lead and a new look at humanity and in the end this series might well turn out to be better than the series that made Jennifer Lawrence a star.

Divergent follows Tris (Shailene Woodley), a young girl who lives in a world made up of factions, factions that each cover different parts of society from government to education. When Tris must choose her faction she discovers she doesn’t belong to just one, she is Divergent and must choose a faction to hide in to stay alive as Divergents are hunted and killed. While she must hide her true nature she must also contend with her new instructor Four (Theo James) and fooling him.

The most intoxicating part of Divergent is its emotionally rich story and the choices that define Tris’ new life. Her view of the world is new and unlike your conventional character. The world she is born into is seemingly peaceful, seemingly perfect to the unsuspecting and Tris’ gradual discovery of the treachery that has created this world comes to life through Woodley who plays every little moment for the unexpected yet painfully realistic emotional beats. If the Descendants didn’t highlight her incredible talent, the way she elevates Divergents sometimes simplistic script shows her for the star she is quickly becoming.

Director Neil Burger also shines as he presents this new world with flair and style while highlighting the darkness hidden within this picturesque world. He brings light and dark to the surface in the same shot while also keeping the films action light story fast paced and interesting. The unfortunate news he will not be returning for the sequel is one that should be viewed with a sense of sadness.

Overall though, Divergent is the kind of Sci-Fi storytelling that has been missing from the movies recently and while it doesn’t prove to be the action picture most Hunger Games fans will be looking for it does happen to be a darn sight better.