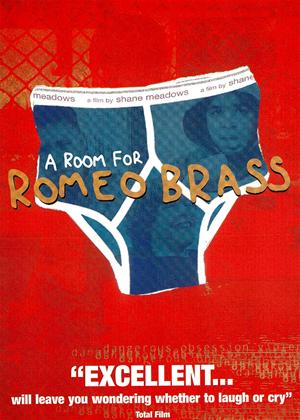 Synopsis:
Twelve year-old Romeo and friend Gavin live next door to each other. They are best mates with a shared sense of humour that helps them to survive in a landscape of comic losers and broken dreams. But their friendship is put to the test by a chance encounter. After a stranger saves them from being beaten up, the boys are only too happy to help their new hero and pal in his quest to date Romeo's sister. Little do they realise that they are being drawn into a dangerous obsession, violence and desperation, a world that threatens to tear the two friends apart.
Actors:
Martin Arrowsmith, Dave Blant, Darren O. Campbell, Paddy Considine, Shane Meadows, Julia Ford, Ladene Hall, Frank Harper, Nicholas Harvey, James Higgins, Bob Hoskins, Vicky McClure, Ben Marshall, Joel Morris, Johann Myers, Tanya Myers, Sammy Pasha, Jamahl Peterkin, Andrew Shim, James Tomlinson
Directors:
Shane Meadows
Writers:
Robyn Slovo, Paul Fraser
Studio:
Momentum
Genres:
British Films, Comedy
Countries:
UK

Rent other films like A Room for Romeo Brass

Reviews (2) of A Room for Romeo Brass

"For a start right; he's on the dole, he's a weirdo and I just felt sorry for him." - A Room for Romeo Brass review by CP Customer

Shane Meadows and Paul Fraser create a genuinely believable and turbulent ride through British working class, family life through the eyes of two childhood friends growing up in the Midlands. Shane, if you haven't heard of him already, is currently enjoying massive acclaim for his most recent film “This is England”.

The complex hews of human personality, relationships and the fragile psychology that binds them all together, is explored at depth in “A Room for Romeo Brass”. For the most part, the portrayal of the characters feels familiar and realistic but never clichéd. The accomplished cast and script have allowed Meadows to reveal the light and sometimes shockingly, dark sides of his characters. This is a world of rough edges, trust and betrayal, tears and laughter.

While being no 'Fly on the wall', shaky camera 'drama doc', this film does, at times, feel real enough that you may find yourself thinking, “I used to know someone exactly like that”. There is no doubt that Shane and Paul probably knew people “just like that” and this makes the film ever more enthralling for that.

Special mention should go to the brilliant Paddy Considine and his portrayal of Morell, the inept, loner, friend and protector (?) of the two main protagonists. In him, Meadows paints a picture of the classic 'Peter Pan Syndrome' afflicted man. Apparently tormented by his past and unable to grow up, he swerves dangerously between 'puppy dog' lovableness, obsession, anger and manipulative narcissism with the deluded belief that he is beyond society's laws. You can't help feeling sorry for the vulnerable Morell, but then, isn't that the bait that many people like him purposely lay.

The soundtrack by The Specials, Beck, Ian Brown and Beth Orton amongst others, can't be faulted although personally, I'm not a huge fan of Meadows long, dialogue free montages, employing the best part of a whole three minute track running in the background. To me this use of music breaks the flow of a film but, having said that, Shane seems to like it as its a technique since this style appears in all of his films I've watched so far.

A Room For Romeo Brass is not for everyone. If you like your films to have a definitive start and end, a story where you know who all the good and bad guys are from the start, where all loose ends are neatly tied up before the credits roll then you may be bored or even disappointed watching this. The film is about relationships and people more than story. The language is strong and some scenes are gritty and violent, this may make them uncomfortable to watch if your experience of life has been somewhat sheltered. Nothing is gratuitous or unnecessary, there is little or no sex/nudity but if you are into fantasy and escapism rather than reality, nothing wrong with that by the way, then this may not be the place to look.

As a director, Shane Meadows follows in the footsteps of Mike Leigh and Ken Loach. He is a spark of hope for a British Film Industry that, for too long now, has been churning out cookie cutter, US Anglophile friendly period dramas and quirky romantic comedy's. A Room For Romeo Brass was a criminally overlooked film even though it was nominated for the Best British Independent Film Award in 1999 . Dead Man's Shoes ,again staring an older and more experienced Considine, is often described as Meadows' finest film. If this is true then 'A Room For Romeo Brass' comes a very close second.

Great film, full of humour, pathos and with a dark underbelly. In short, just what you'd expect from Shane Meadows. It beautifully shows the ups and downs of a childhood friendship. For This is England fans, it's a treat to see a young Milky and Lol.